Ah, the humble stretcher. Other than ambulances, is there a more fundamental tool in EMS? I don’t think so. Hi-tech devices like cardiac monitors and electronic PCRs get more attention, but how many of them were around when stretchers first appeared? (Hint: Here’s a drawing of a wounded knight being carried on a medieval litter.) 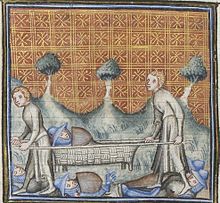 This series highlights the products, technologies and innovations that have most impacted patient assessment and care.

The earliest stretchers I used weren’t much more advanced than the wicker model in that photo. Sure, they had wheels and were stronger, but you still had to lift them with or without enough hands to do so safely. It was natural to compensate for heavier patients by taking ill-advised shortcuts.

Sometimes we’d balance the telescoping, U-shaped handle of those first-generation aluminum cots on the back of the ambulance then drop the wheels when off-loading patients. Did I mention this was before there was a hook to keep the gurney and its occupant from falling head first onto the pavement below? Oops.

Then there were the years I spent in New York City, when we pretty much ignored stretchers pre-hospitally, deploying scoops or stair chairs to move patients who weren’t healthy enough to walk. Stair chairs were even used to lift patients onto ambulances. Being the new guy bending over from the top meant the clock was already ticking until your first laminectomy.

It’s natural for EMS providers to be biased against unnecessary excursions with supine patients, but violent meltdowns like this one have nothing to do with equipment. Here’s some advice for all you freshly in-serviced lifesavers out there: Quit EMS if you feel like doing that. Or call in sick until the desire to assault patients passes.

Back to stretchers. Those of you in EMS longer than 20 years will remember learning to lift without any help from the device itself. The shorter you were, the more important upper-body strength was to coerce those wheels onto the ambulance. Watching my 5'1" EMT wife do a modified clean and jerk on the opposite side of the stretcher convinced me to let her win most of our arguments.

Did you grip the horizontal side bar overhand or under? I favored the former until I crushed a watch crystal against the stretcher chassis. The underhand grip didn’t give me as much flexibility, so I rotated my watch 180 degrees around my wrist and continued to lift with my knuckles facing forward. I still wear my watch that way.

It only hurts when I stand

Speaking of flexibility, there are versions of stretchers that also serve as stair chairs, but most of you still have to deal with heavy and/or rigid metal frames that shouldn’t be used to carry patients on uneven surfaces.

The best example I’ve seen of stretchers as weapons is this clip from "Mother, Jugs & Speed," a 1976 film about a wacky west-coast EMS agency starring Bill Cosby and Raquel Welch. (If you’re over 50 and can’t figure out which part of the title refers to Welch’s character, you must have been raised by wolves.):

That’s Larry Hagman, best known as J.R. on the 1978-91 prime-time soap opera, "Dallas," at the head of the stretcher. His grimacing and groaning reminds me of how I feel most mornings, because I used to lift just like him: bent over with legs straight. Don’t do that unless you want the same hostile relationship with your back I have with mine.

Some of you may be wondering, "Mike, what can I do to avoid ending up as decrepit as you?"

Glad you asked. It’s taken me many years of not working to come up with this much safer approach to patient conveyance:

Today we have hi-tech patient cots with independent, collapsible front and rear sub-assemblies that accommodate obstacles, eliminate manual lifting and could probably find their own way to the hospital if the ambulance breaks down. You might need a pilot’s license to operate them, but at least you’ll be able to bend down and pick up your grandkids someday.

If you’re still loading patients the old-fashioned way, tell your bosses to save whatever dough they’re spending on cheesy, red and green trauma shears for Christmas, and put that money toward at least one powered stretcher. Then everybody go watch the rest of "Mother, Jugs & Speed."

Mike Rubin is a paramedic in Nashville, Tennessee. A former faculty member at Stony Brook University, Mike has logged 28 years in EMS after 18 in the corporate world as an engineer, manager and consultant. He created the EMS version of Trivial Pursuit and produced Down Time, a collection of rescue-oriented rock and pop tunes. Contact him at mgr22@prodigy.net.