The opioid epidemic is responsible for more than 130 deaths in the United States each day.

Opioids create a feeling of euphoria by stimulating receptors in the brain which decrease the perception of pain. Overstimulation desensitizes the brainstem to elevated CO2, which causes respiratory depression, a loss of protective airway reflexes and respiratory arrest.

Naloxone reverses narcotic overdoses by binding to opioid receptors, blocking stimulation and restoring the patient’s airway reflexes. The biggest drawback is that naloxone can trigger withdrawal symptoms ranging from vomiting, to tachycardia and pulmonary edema. Additionally, when naloxone is administered too quickly or in too large a dose, the patient can become agitated and violent, and a danger to EMS providers.

Titrating naloxone with a nebulizer and capnography

In an episode of the Code 3 Podcast, hosted by Scott Orr, Bryan Bledsoe, D.O., FACEP, FAEMS, a professor of emergency medicine at the UNLV School of Medicine, discussed the role of naloxone in treating patients with suspected or documented overdose. Bledsoe, who routinely works the emergency department at the University Medical Center in Las Vegas, is board certified in emergency medicine and EMS.

“We just don’t see the heroin addict who overdoses and has stopped breathing,” Bledsoe told Orr. “What we tend to see are these overdoses where there are several substances involved.” As a result, they’ve developed a different approach to administering naloxone.

Bledsoe’s approach involves using a nebulizer, like you would use to give a patient a breathing treatment, and administering 2 mg of naloxone by letting the patient inhale it. “As soon as they start to increase the breathing rate and become a little bit more alert, then we’ll take it off,” Bledsoe reported. “That way, they don’t become combative, they don’t go into opiate withdrawal symptoms, and it’s just a way to titrate it.”

Bledsoe noted that the half-life of naloxone is not very long, so the dose may need to be repeated, “but giving small doses until you get the desired effect is the way to go without just slamming in the whole vial of it and causing pulmonary edema or opiate withdrawal phenomenon.”

The nebulizer works well, and Bledsoe believes there is a potential for its use in EMS. “I think that paramedics have all the tools they need to give [naloxone] judiciously, and the most important two tools are going to be the capnography reading on the monitor, as well as (but to a lesser extent) the oxygen saturation.”

For a documented overdose, he advises administering a small dose of naloxone – just enough to ensure that the respirations are adequate, that is, maintaining the capnography reading at the appropriate level and ensuring that they don’t become hypoxic.

There is certainly a role for naloxone, Bledsoe said. But he recommends using it in a very judicious dose, and in small doses until you reverse respirations. “You don’t want to slam 2-4 mg and put them in full-blown withdrawal, because providers have gotten hurt,” he noted. As for titrated nebulized naloxone administration? “It doesn’t take any longer; it just takes better decision making.”

Kerri has a bachelor's degree in English from Saint Joseph's University, in Philadelphia. She is based out of Charleston, SC. Share your personal and agency successes, strategies and stories with Kerri at khatt@lexipol.com. 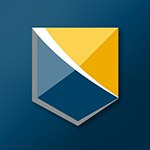