App users in 35 U.S. cities can purchase a wellness pack and receive a free flu shot from an RN

SAN FRANCISCO — Uber, the app that connects riders and drivers, announced the launch of UberHEALTH in 35 U.S. cities. The on-demand Uber driver, accompanied by a registered nurse, will respond to homes and businesses to deliver a wellness pack and up to 10 people can get a free flu shot.

The service will be available in 35 U.S. cities from 11 a.m. to 3 p.m starting Thursday. App users need to open the app and select the UberHEALTH option.

Uber expects the demand for this service to be high and will be applying lessons learned from a 2014 UberHEALTH pilot program in Boston, New York, Washington and Chicago. The 2014 single-day mobile flu clinic with the option for on-demand influenza vaccination received an overwhelming number of requests. Nearly half of the participants had never received a flu shot.

"Over 90 percent rated the delivery aspect of the vaccine program as important in their decision to request a flu prevention package or flu shot, with almost 80 percent considering delivery 'very important,'" wrote John Brownstein, UberHEALTH advisor. "And 95 percent of users said they would use UberHEALTH again." 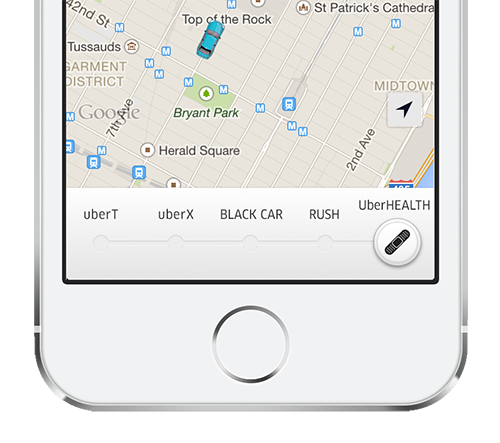