How to buy FirstNet devices (eBook)

Heatstroke Prevention Day – which occurs every July 31 – is a national effort to raise awareness and educate caregivers about ways to prevent hot car deaths. According to NoHeatStroke.org, 729 children have died of heatstroke since 1998 after being left in vehicles.

In Arizona, a 1-year-old died Saturday after being left in a hot car for about two hours. It was the second hot car death to happen in the state in two days.

Since the summer began, hot car deaths have appeared in national news headlines at least once a week. In Texas, experts are trying to figure out why more children have died in hot cars than anywhere else.

A new bill, Helping Overcome Trauma for Children Alone in Rear Seats Act, or the HOT CARS Act, is hoping to reduce the number of children dying in hot cars by requiring cars to have technology that warns drivers that there's a passenger in the backseat after the car has been turned off. A 10-year-old boy in Texas invented a device to prevent hot car deaths – by having a device that would detect if a child is left in a vehicle and blow cool air on them until parents or officials are notified.

In Oklahoma, a state with a high hot car death rate, officials with Safe Kids Oklahoma created an infographic to demonstrate the number of hot car deaths in the state. It also includes the acronym ACT: 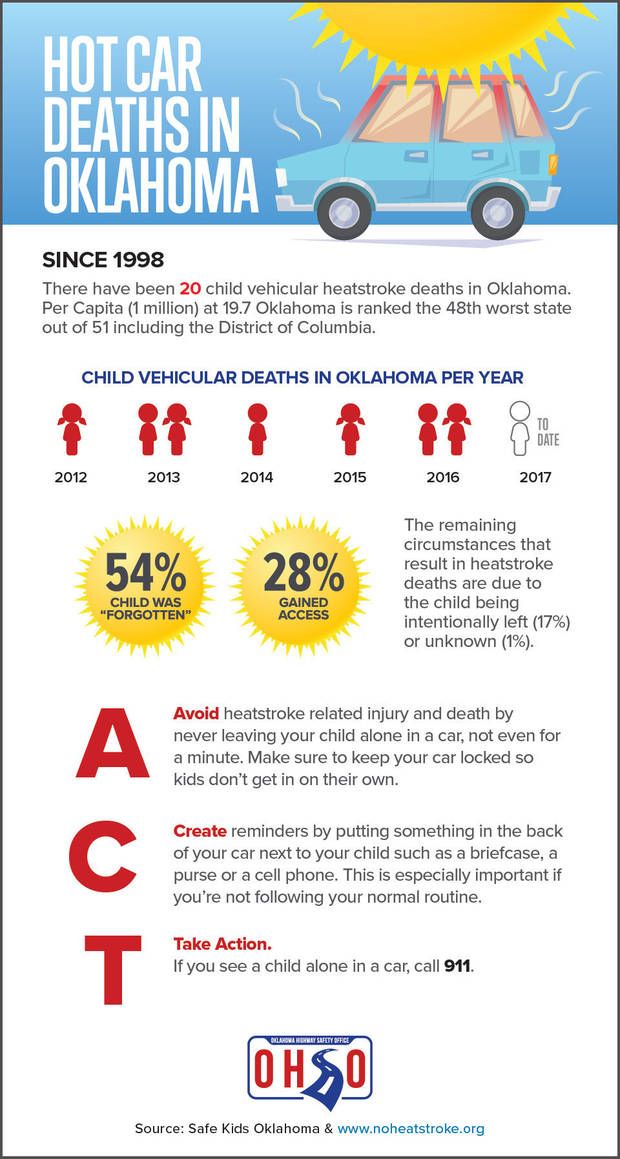 On National Heatstroke Prevention Day, public safety agencies are using the hashtag #HeatStrokeKills to spread the word and help stop hot car deaths. According to the National Highway Traffic Safety Administration, it can take as little as 10 minutes for a car to reach a deadly temperature.

And don't forget – share this important message within your agency, department and in your jurisdiction.