EMS must prepare citizens for an active shooter incident

The details of each new active shooter tragedy follow a similar pattern: The shooter, a male, is usually mentally ill or committed to terrorism. The location is specifically chosen because it is a place where people, by law, custom, cultural norm or by corporate policy, will be unarmed. Often, the targets are children. The shooter is absolutely determined to kill as many people as he can.

Active shooter incidents have taught us some sobering truths:

Despite all of our EMS resources, training and capabilities, the incident is essentially over and decided before the police and paramedics arrive.

We need a proactive, citizen-based approach to mass shootings that is comparable to the training and equipment we utilize to address a variety of other emergency situations.

We mitigate the disaster of fire by keeping fire extinguishers readily accessible and having regular fire drills in schools and hospitals. We raise funds and create laws for public access AEDs. This initial citizen response to cardiac arrest and other medical emergencies is so critical, that we have enacted Good Samaritan laws to protect citizens who render first aid. These laws have made it clear that it is more important and better for the citizens to do something, even if it might be wrong, than to do nothing at all.

I recommend an active citizen response as the best option to stop an active shooting event from escalating into mass murder. Why must it be the citizen? The answer is simple: time. Emergency responders cannot respond fast enough to prevent mass fatalities. Specifically, citizens under attack need to do two things to save lives.

Citizens who don't have an egress route or available cover or concealment need to be mentally and physically prepared to fight for their lives and the lives of others. Firearms, or other weapons – lethal, less than lethal, or even improvised, should be accessible and utilized. The citizens need to use whatever level of force they can to neutralize, delay or distract the shooter until police arrive.

In addition, training in active shooter incidents must incorporate preparation for the stress of the fight or flight adrenaline response and teach fighting techniques as part of an overall comprehensive plan. It must not be avoided, omitted or relegated to some brief sidebar discussion about last resort options.

The second crucial preparedness step is to make trauma care treatment stations and other necessary supplies as readily available as AEDs and fire extinguishers. AEDs are seemingly everywhere, but public access trauma stations or cabinets are hard to find. Most first aid kits available to laypeople do not include pressure bandages or tourniquets. Medical equipment for airway management or severe bleeding control is hard to find in most retail stores.

There are medical supply companies that are beginning to address this deficiency. Chinook Medical is making medical life stations similar to the AED stations found in many public buildings. Chinook has developed a new series of high quality medical responder kits for citizens that include tourniquets and trauma dressings.

The Tactical Medical Solutions OLAES bandage is a modular bandage which includes a pressure bandage, wound packing gauze, occlusive dressing and an eye shield for the rescuer. The OLAES is designed to be simple to use by nonmedical people who are under extreme stress. It can easily fit in a purse or pocket. 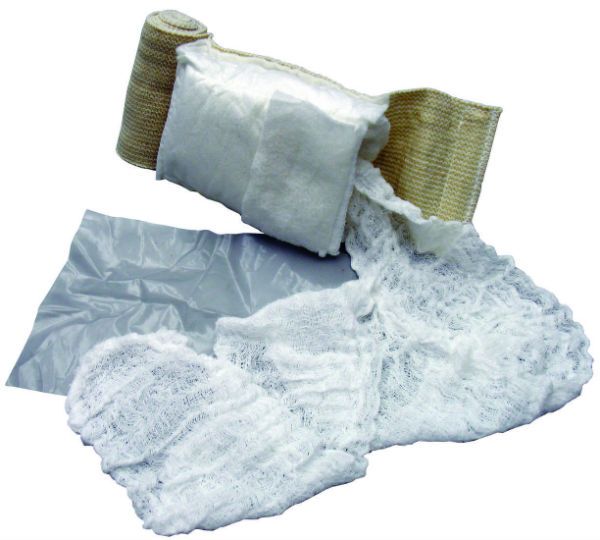 Medical education and training for severe bleeding is also improving. The "Stop the Bleed" campaign is promoting citizen response to life-threatening bleeding. Modeling itself after successful CPR training and AED campaigns, "Stop the Bleed" is working with private sector and nonprofit organizations to provide citizens with public access to bleeding control kits and training. The NAEMT has also developed the Bleeding Control for the Injured (B-Con) course specifically for laypeople.

EMS agencies should embrace citizen education on essential trauma first response with the same vigor that it champions bystander CPR and AED use. We need to teach our citizens the importance of having an Individual First Aid Kit (IFAK) in their home, vehicle, office and on their person.

Our best hope to save lives at active shooter incidents is our citizens. It is our duty to make sure those citizens are ready and capable to take action whenever and wherever an active shooter strikes.

Nick is a nationally recognized expert in paramedic education, military medic to paramedic transition programs and paramedic simulation training. He is a national conference speaker, published simulation author and recipient of the EMS 10 international award for innovation. He is also a member of the NAEMT Military Relations Committee. He can be reached at nmiller@emedconsultants.com.