Rising to the challenge

APOT: Breaking down the wall

Too many lives lost: Marking painful milestones from shootings, ODs and COVID-19

How to build mental health resilience in EMS

State EMS associations: From the top

Our country has experienced several unthinkable events in the past few months, which directly touch the hearts and minds of everyone involved in the provision of EMS. While we diligently train and prepare for such challenging events, when they happen, it’s a powerful reminder of the risks we’ve chosen to take and the extraordinary safety net we provide for our communities.

It wasn’t that long ago that the term active shooter referred to a heroin addict caught in the act. Today, sadly, we know all too well the new meaning of the term. It’s yet another chapter in the evolving world of emergency medical services. These events push us to understand better what works, what we need to do to be prepared and how important every member of the public safety team, law enforcement, medical and public health are. 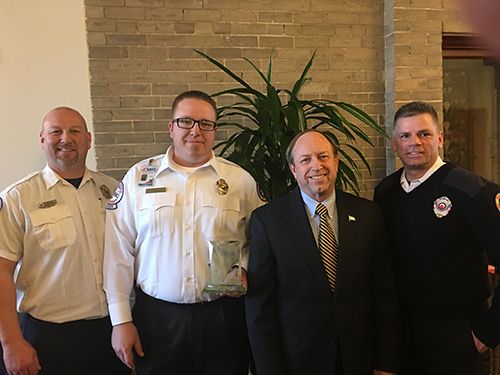 One of the most powerful lessons learned from these large-scale events is the importance of a coordinated, integrated response. Our communities expect that we will be prepared for these horrific events, and we will work together to provide the best protection, medical care and support to minimize morbidity and mortality. The successful development and promulgation of a Unified Command approach after the events of September 11th underscore the value of all responders being trained to use the same approach, terminology and structure. By definition, Unified Command utilizes the expertise of a diverse group of professionals in a consistent, collaborative and organized fashion.

In short, we’ve learned that the only effective response is an integrated effort by all involved. It’s no longer about which individual entities provide the care, it’s very clearly about what that care is and how it’s delivered. Like a successful trauma or resuscitation team in a hospital, success is defined by performance. Heroes come in all varieties of uniform.

At the end of 2015, AMR was called upon to respond to several of the most serious mass casualty incidents in the U.S. from Seattle to Colorado Springs to San Bernardino to Las Vegas. Over the past several years as the nation’s designated FEMA responder, we have been deployed to the worst large-scale national disaster events in our country. No single organization has responded to such a large number of these catastrophic events.

I am grateful for the thousands of AMR professionals across the country who work side by side, collaboratively with their public safety and health care colleagues. I’m proud of what we’ve accomplished as a team. I am also appreciative of the industry’s evolution from a silo approach to care to one that emphasizes the importance of all responders — regardless of whether they are public or private.

The events of the past year remind us of the importance of recognizing the effort of the entire team. And my gratitude goes out to the over 40,000 people in Envision Healthcare nationwide that work every day to protect the communities they serve.

While I know and deeply understand the servant heart and that you didn’t get into this profession for the recognition, know that I’m proud of what you’ve done in extremely chaotic times. As the world watched hours and hours of media coverage, there was great comfort in knowing skilled professionals were there to care for our communities when they needed us most.

Our world has changed. I am deeply appreciative of your individual bravery, commitment to excellence and dedication to an effective collaborative team. 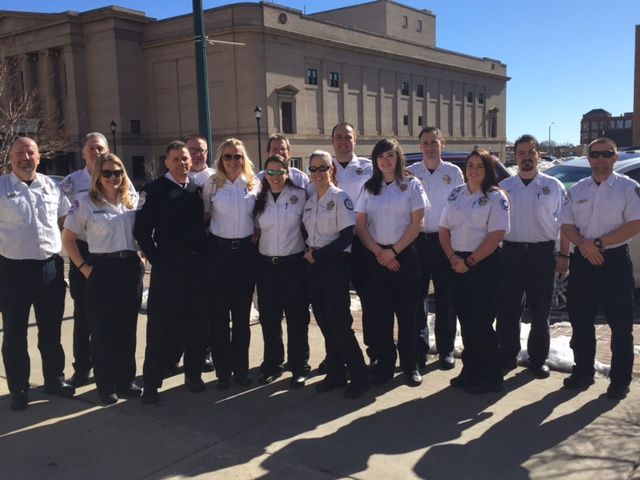 AMR personnel were recognized with the Spirit of the Springs award for their response to the scene and dispatch
communications during the Planned Parenthood shooting on Friday, Nov. 27, 2015. (Photo courtesy of AMR)

About the author
Ted Van Horne, American Medical Response CEO and president, is known throughout the industry for his innovative approach to EMS system design and focus on clinical excellence. Previously Van Horne served as the CEO of AMR’s South Region where he directed operations from Florida to Arizona. Van Horne also served as AMR's Vice President of Business Development for the West Region and from 2002 to 2005 he served as the Director of Operations for AMR in San Bernardino County, California. His leadership earned wide respect during the California wildfires for his division's handling of emergency medical communications and operational components during the largest evacuation in the state's history. He holds a bachelor of science in Health Systems Administration from the Rochester Institute of Technology and earned his MBA in 2001.

NY paramedic who died due to COVID-19 laid to rest