Ketamine as an anxiety, depression medication?

Why all EMS providers should be preplanning hospital evacuations

AMR closure: a bellwether of things to come?

LONDON — At 8:52 a.m. July 7, 2005 a call came into dispatch of an explosion at the Liverpool Street underground subway station. Within minutes additional reports came in from the underground tunnels in Aldgate East and further explosions at King’s Cross and Edgware Road stations.

A major incident was declared. Less than an hour later a bomb exploded on a bus in Tavistock Square.

"It was the most complex and challenging major incident we have ever faced and tested all of the capital’s emergency services. However, many people owe their lives to the treatment provided by ambulance staff that day, many of whom went above and beyond in horrific circumstances," London Ambulance Service said in a prepared statement.

Over 250 LAS staff in 98 ambulances responded to the terrorist attack. LAS treated 404 patients, some of whom had sustained horrific injuries, and transported patients to seven hospitals within three and a half hours of the bombings taking place. The total number of patients included 150 walking wounded who were transported by buses.

Our Chief Exec will lay a wreath at the 7/7 memorial to remember those who lost their lives or were injured #7thJuly pic.twitter.com/eKYUrw5Kzd 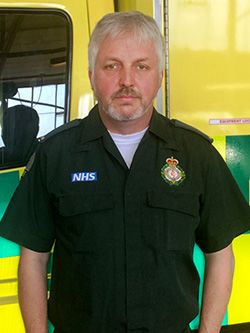 “I remember seeing people streaming out of the station covered in black and I grabbed all my equipment and went down into the tunnels thinking something big had happened.

"There was absolute silence apart from chatter on some radios.

"We were faced with a devastating scene. There were several patients, clearly very seriously injured and some who had passed away. Myself and a colleague rapidly assessed and began treating them.

"A firefighter told us there might be a secondary device and we needed to clear the area. But I’d already said to the patients I’d stay with them and everything would be ok. So myself and a colleague decided to stay.

"Afterwards, as we drove through the crowds everyone applauded us, which was a strange feeling.

"Looking back 10 years on, I don’t think it has had a lasting impact on me, but my wife thinks differently. I do suffer with insomnia and she tells me that I’m hyper-aware of things going on, but I think that’s because I’ve seen what can happen.

"The emergency services did a good job that day, and I’m very proud of my colleagues.” 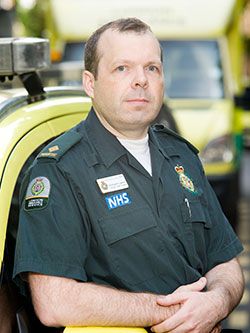 Off duty but attended the bus bombing at Tavistock Square

“I had gone to meet friends in Camden and got a phone call from a friend concerned about where I was. He said that there had been reports on TV about a bomb going off in the area.

“At the time it didn’t strike me how big the incident was. As I was walking home I heard the bus bomb go off. My immediate thought was that I needed to get closer so that I could try and help and I showed a police officer my ID.

“I saw a few colleagues who had a spare high-vis jacket and I put that on and started to help. I went to the British Medical Association courtyard and began treating the first person I saw – sadly she passed away.

“During the day I was really impressed and proud of how everyone involved handled it. 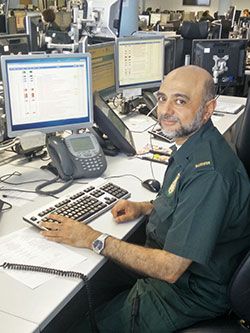 Worked in the 999 control room

“I remember the day quite vividly. The initial reports were that there had been an incident on the underground between Liverpool Street and Kings Cross.

"We then got notification of a separate incident in Edgware Road. Within minutes, we were getting hundreds of calls. Some people were saying that a train had collided into another train, while other people were saying a bomb had gone off.

"Our immediate response was to deploy appropriate resources to each of the incidents. We were also getting routine emergency calls. I attended an emergency meeting with the head of control services, where we agreed that we would secure support from St John Ambulance, British Red Cross and neighboring ambulance services, to calls not related to the bombings.

"On reflection, I’ve never experienced anything like I did on that day. I suppose the way we handled the situation was by remaining calm under what were very difficult circumstances. The main thing was to get the resources deployed as quickly as possible.”

Read additional LAS staff reflections and memories of their response and actions on July 7, 2005.

‘I remember one thought as we learned another plane was coming’