EMS systems are called upon to perform a variety of functions in protecting community health. Providing standby medical coverage for large gatherings such as sporting events and fairs is a specialized task that requires significant preparation to fulfill reliably and efficiently. However, with proper planning and communication among stakeholders, EMS providers can provide effective coverage that can scale rapidly in case a mass casualty event occurs.

What is mass gathering and why is it different?

Perhaps not surprisingly, there is not one single definition as to what constitutes a mass gathering. The National Association of EMS Physicians (NAEMSP) states that a mass gathering is an “organized emergency health services provided for spectators and participants at events in which at least 1,000 persons are gathered at a specific location for a defined period of time.”[1] The World Health Organization defines a mass gathering as "an organized or unplanned event where the number of people attending is sufficient to strain the planning and response resources of the community, state or nation hosting the event.”[2] These two definitions could be combined to define a mass gathering as a large group of people who gather for a specific purpose, at a specific location, where the potential for emergency response is significant and would overwhelm the daily operating resources of the local EMS system.

More practically speaking, examples of mass gatherings include events such as:

In these examples, the incident population could range from hundreds to tens of thousands of people or more. This can result in a large number of people crowding into a small physical area. Panic stampedes at major religious, holidays and sporting events have occurred numerous times over the years [3], as well as support structures that fail under the weight of spectators. Mass gatherings, like the 2013 Boston Marathon, can also be targets for terrorists.

6 Factors that can affect crowd safety

There are several factors that can uniquely affect the dynamics and subsequent EMS response to a mass gathering. Weather can have a serious impact on a crowd that is unprepared for it. Heat and humidity can result in rapid dehydration and subsequent heat exhaustion, especially for pediatric and geriatric patients. Rain, snow and cold can produce hypothermic conditions, as well as hazardous footing that can result in fall-related injuries. Keep in mind weather can impact participants, like marathon runners, and the spectators that spend hours outdoors cheering on the runners.

Attendee age and prevalent medical conditions can raise the potential for a large number of patients. Older patients have fewer physiologic coping mechanisms and are less likely to endure long periods of standing, elevated temperatures and other environmental conditions.

The focus of the festival can bring unique confounding conditions. Readily available alcohol and recreational drugs raises the possibility of overdose, trauma and violence. While event organizers attempt to provide safe operating conditions for both spectators and participants, events such as air shows and auto races have the potential for crashes that affect the overall population [4].

Where the event is located adds yet another complication. A fair or festival may have limited access and exit points in order to restrict entry to the public, but can also create chokepoints for incoming response resources.

On the other hand, a parade, marathon or bicycle race may stretch across an entire city, spreading onsite resources very thin and potentially making it difficult to pinpoint a precise incident location.

The length of the event presents its own challenges. While most gatherings might last less than a day, a multi-day or even multi-week event can present significant logistical issues for participants, from available drinking water and food supplies to sanitary and trash services. Prolonged events also create a logistical challenge for EMS leaders to provide rest and refreshment opportunities for providers, shift changes, and equipment restocking.

The potential for intentional violence at high-profile mass gatherings have added yet another layer of complexity to incident planning. The 2013 Boston Marathon bombing demonstrated how critical surge capacity was in managing the critically injured and transporting them in appropriate order.

Given the complexity of a mass-gathering event, the EMS response may be as simple as a few medical units being stationed at the site, supplementing other medical resources, or as sophisticated as a mini-EMS system, with its own station, dispatching and freestanding emergency department. Each configuration requires forethought and careful planning. 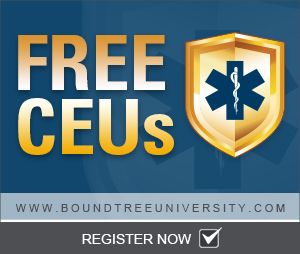 It very likely that any planned event will require some type of approval from the local or regional authorities in order to operate. Public safety providers, such as EMS, should have a set of requirements that the sponsoring agency must meet before an event is approved.

During the planning phase make sure to not overlook the importance of reimbursement for EMS-related expenses. Will participant fees and ticket sales pay for EMS providers, disposable supplies and other costs?

An incident plan is mandatory. Given the parameters described earlier, each facet must be thought out carefully, with appropriate agencies, personnel, equipment and other resources allocated. The Federal Emergency Management Agency (FEMA) has a series of templates and guidance that local agencies can use to plan and organize an EMS response [5].

It's critical that all stakeholder agencies are involved at one level or another during the planning and subsequent notification process. EMS, law enforcement, and fire services are responsible for providing public safety; coordination among these agencies must ensure a clear line of reporting and a comprehensive communication system.

Often medical facilities are staffed at the larger events, either through a contracted clinic or hospital medical provider, EMS, or a combination of both. Roles and responsibilities for all health care providers must be clearly defined so overlap of function is minimized and no gaps in coverage are created.

While most event-related illnesses and injuries are minor, hospitals must be made aware of the potential of a surge in patient load in case of disaster. Arrangements for offsite transport via ground ambulance and/or air medical services should detail staging areas, pickup points and access/egress locations.

Public health authorities are responsible for sanitation concerns surrounding toileting and cooking. While not obvious, reducing water and food-borne illnesses can minimize the potential for outbreaks within the event population.

Other services might include utility services, towing companies for keeping safety lanes open, and neighboring public safety agencies for mutual aid if needed.

While small sized gatherings may require a simple command structure, medium- and large-scale events require the use of incident command system (ICS). All personnel should be well versed in standardized emergency management systems (SEMS) and be prepared to assume any role if a disaster strikes. During normal operations, SEMS can be used to maintain a cohesive line of communication among providers.

Staffing a large scale event is significant. EMS providers should make sure they follow a few basic tips in order to remain alert and prepared to respond [6]:

For a long duration event, staff schedules should allow for adequate rest periods and "off duty" time so that personnel can perform at their best while on duty.

With careful, thoughtful planning and resource allocation, EMS systems can be well prepared to manage mass gatherings effectively and without fanfare. If done well, participants will likely never know about the safety net that exists to protect them during what is usually a joyful fun event.