EMS Artwork: The longer I am a paramedic the more I realize what I don't yet know 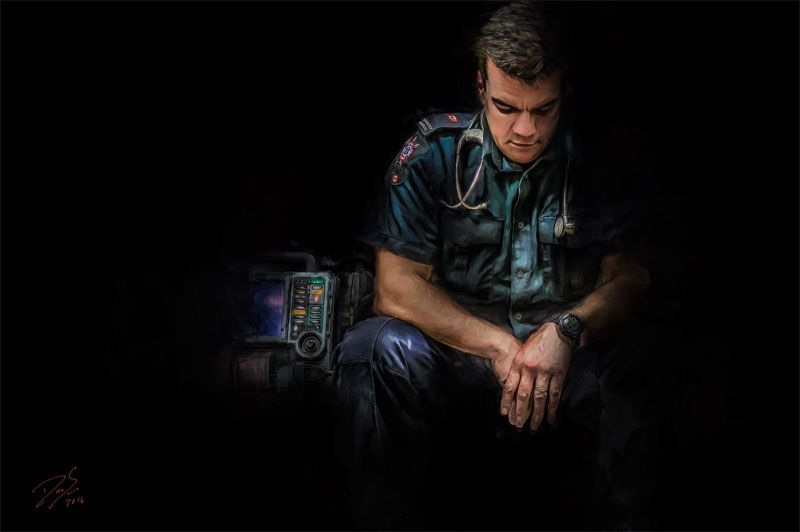 I’ve been a paramedic for 14 years and looking back on my time I’ve noticed I’ve gone through distinct stages as I’ve moved through the years.

As a new medic I had a huge sense of accomplishment and along with that came an arrogant sense of superiority. That quickly vanished after a few hot calls where I had no idea what to do, this is where I learned to appreciate an experienced partner. For the next two years I lived in a state of fear as I cringed every time the tones went off. Eventually by years three to seven I felt comfortable in my responsibilities of being the paramedic. After year seven even hot calls became mundane and it seemed nothing could get me excited about my job anymore.

As the years went by my ‘know it all’ attitude began being replaced with ‘the more you know the more you realize you don’t know’ mindset. The tragedy and hardship started building up to point where I fear I’m on the doorstep of becoming an old burned out medic.

My question to all the EMT’s and medics who have over 15 years on the ambulance is what happens now?

How did you get past the burned out stage of this job?

How do you still recognize the fun and excitement after doing this for so many years?

Daniel Sundahl is a firefighter, paramedic and artist who creates portraits of EMS scenes inspired by his work in the field. View his artwork at DanSun Photo Art. Daniel is working on his second book, which is scheduled for release in October. Both of his books will be available on Amazon.