If you asked that question in a survey of EMS providers, the top two answers would be evenly divided between "I don’t know," and "I don’t care."

Oh, a smattering of us would give lengthier answers; there would be a few well-reasoned, articulate responses to the questions, quite a few profane rants and maybe a few examples of incomprehensible word salad, typed in all caps for extra emphasis. But those responses would be a statistically insignificant number, and the vast majority of EMS providers wouldn’t even bother to take the survey.

I’ve bemoaned the lack of professional engagement of most EMS providers before, and acknowledged that there may even be good reason for it.

I was reminded of this unpleasant truth when I signed up for a couple of free cadaver labs sponsored by East Baton Rouge EMS. Now, Baton Rouge is quite a jaunt from my house – a 250-mile round trip for me – plus I was teaching an EMT class the next morning another 150 miles away.

But I signed up anyway, and Nancy Magee was glad to join me, because you just don’t get an opportunity for free, live tissue training all that often – cadaver labs at EMS conferences may cost hundreds of dollars – and I knew the available slots in Baton Rouge would fill up quickly.

Silly me. I should have known my colleagues better than that.

When we arrived at the cadaver lab, a live tissue lab conducted by Teleflex Medical, there were still plenty of openings. In fact, they had over 20 no-shows, and there were already plenty of open slots, not even counting the people who had registered and never shown up. They were begging – yes, begging – for more participants. These labs are logistically daunting to conduct, and nothing feels worse to an educator with knowledge to share than an empty classroom.

Nancy and I took advantage of the much smaller than expected instructor to student ratio, and got to practice intraosseous access, video laryngoscopy and supraglottic airway insertion on actual human specimens. We got to practice laryngoscopy on patients with distorted anatomy from laryngeal cancer and polyps. We got to see how fast fluid infused from a proximal humerus IO site reaches the heart, by literally watching the veins engorge as we flushed the cannula. I learned anatomical landmarks that simply aren’t replicated on mannequins.

I discovered that I wasn’t as proficient at IO access as I believed. In fact, I had been doing some things wrong and correcting those flaws in my technique will pay direct dividends to my patients’ comfort and well-being.

I gained some familiarity with new airway devices I’ll be using to teach my future students. It was an invaluable experience.

Yet, very few of my colleagues took advantage of it.

Collision of EMS ignorance and apathy

My secondary job, or side hustle, is EMS Education Coordinator for a program geared to teaching initial and continuing EMS education courses in underserved areas of our state. That’s our entire reason for existing; the EMS agencies in those areas were literally begging for educational opportunities. They were frozen out of most classes and had to drive long distances for those few that were available. Yet when I teach classes in those underserved areas, I have very few local participants.

That dichotomy – students complaining about lack of education and educators complaining about lack of students – is the ugly part of EMS where ignorance and apathy collide. Too many of our colleagues are ignorant and don’t care that they’re ignorant. Those who need the education the most, seek it out the least. They’re the living embodiment of the Dunning-Kruger effect. The only thing they do well is bitch.

The problem isn’t geography or the type of agency involved its motivation.

EMTs who truly want to learn more – paid or volunteer – will seek out education and opportunities for professional advancement wherever they exist. They’ll drive long distances, fly across the country, burn vacation and PTO to get it. And they’ll pay their own money to do it, even knowing that the only return on their investment is the satisfaction in knowing that they’ve gotten better at caring for their patients.

EMTs who don’t care about learning or professional advancement – paid or volunteer – simply won’t seek it out. You know what you rarely see at EMS conferences in major cities? Employees of the municipal EMS agency in the host city. They have a golden opportunity to seek out education outside of their own agency’s bubble, yet they rarely take advantage of it.

Even when paid for by their agency, or provided in free in-service training, EMTs and paramedics who don't care attend classes with all the sullenness of a child forced to eat his broccoli. Every EMS training officer in every EMS agency ever can tell you about them.

Yet EMS agencies keep hiring them, and if we’re honest, they’re complicit in this problem. Many of the agencies complaining loudest about the lack of educational opportunities in the areas they serve do the least to support their employees when they seek out those opportunities. They want pulses with patches, are content to hire the mediocre and throw obstacles into the path of every employee who wants to be better than mediocre, because they know that an employee who advances professionally will soon outgrow their agency.

They complain that they can’t attract and retain good employees and totally miss the irony of why.

And if I let it, all of this could be demoralizing. But I prefer to focus on the dozens of times each year when I teach EMT classes or speak at conferences, and the rooms are filled with people who want to be there. And even though they’re still outnumbered by the ignorant and apathetic, they’re growing in numbers. Some may only run as many calls in a year as I run in a week, others may run twice as many, yet none of them are ever satisfied that they’ve learned enough.

Last week in Ruidoso, N.M., a volunteer EMT sought me out after my keynote address and gave me this: 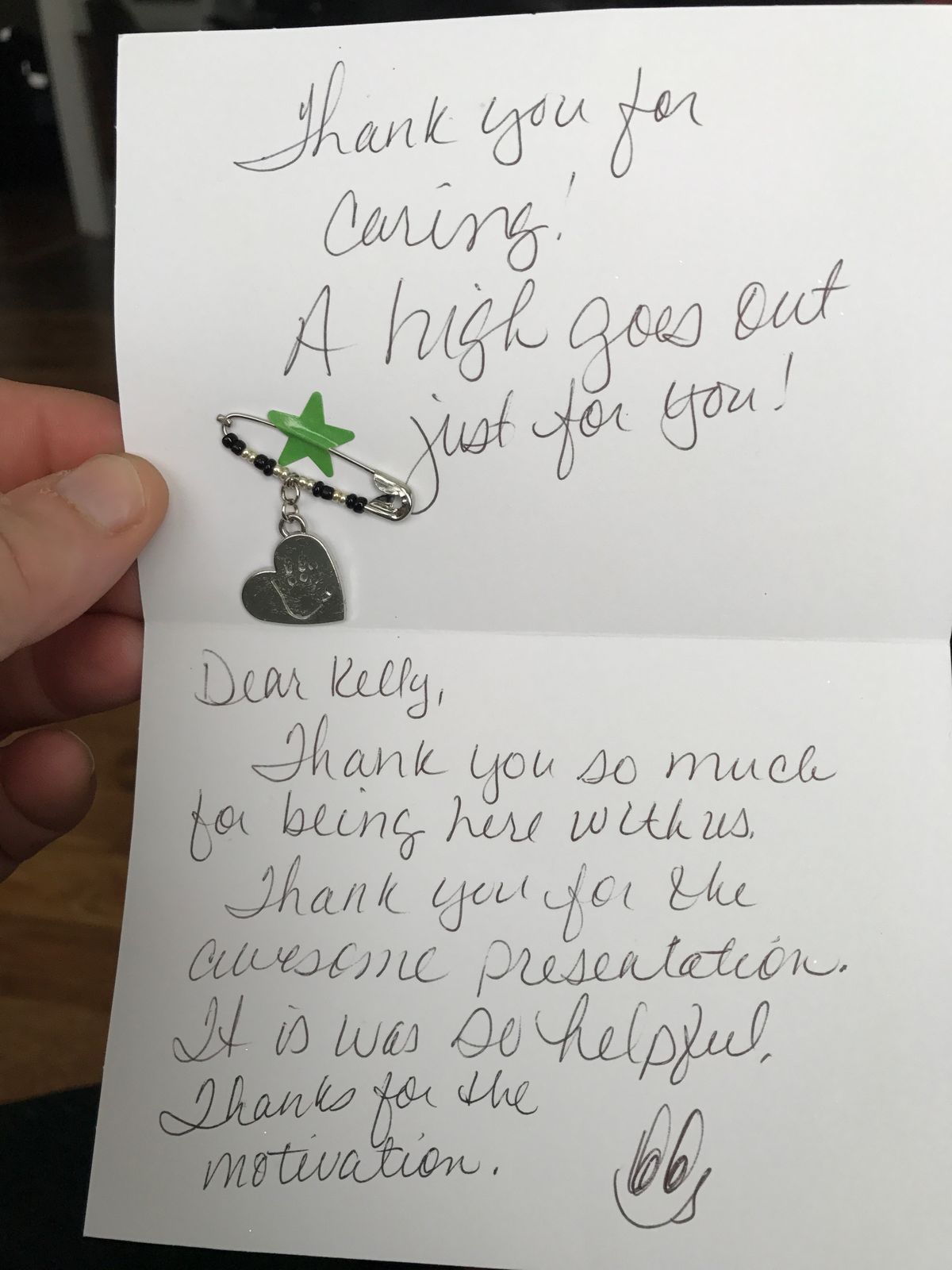 That’s as good as an honorarium check to me, but don’t tell the conference committees that.

Firefighter-paramedic with one hand retiring, launching nonprofit for amputees

400 buckets of emergency supplies donated to school with help from FD, EMS

Thanks! You've been successfully signed up for the Paramedic Chief Newsletter