Giving thanks to EMS

How best to manage the airways of patients with traumatic injuries

The role of emergency management within the community

The acknowledgment of the sacrifice given by military veterans began even before the U.S. was a country

May is Military appreciation month, and it’s interesting to look back and see when the tradition of honoring the sacrifices of military troops became prevalent and when the benefits of U.S. military service started piling up.

The U.S. began appreciating our military since before we were even recognized as a nation.  During the Revolutionary War, the Continental Congress passed the first pension law. This law directed members of the military who suffered a loss of limb or other serious disability to receive half their military pay for the duration of their lives.

Although there were some benefits available to veterans early in our history, it was not until the Civil War that things really changed. In 1862, the General Pension Act was passed, which allowed disability benefits for veterans who received injuries or incurred disease, either in the Civil War or, even, during times of peace. Around the same time, the National Cemetery system was established, which provided burial for many of the deceased Union Soldiers who perished in the Civil War.  Though they were gone, they were not forgotten.

The most noteworthy moment of the era, however, came from the president himself. During President Abraham Lincoln’s second inaugural address in 1865, Mr.  Lincoln called on the U.S. “to care for him who shall have borne the battle, and for his widow and orphan.”  These words would later become the motto for the Veterans Administration.

After the turn of the century, even bigger changes were made for returning military service members. In 1921 Congress created the Veterans’ Bureau, which later became the Veterans Adminisration in 1930. The newly formed VA took over the previous Veterans Bureau in addition to two other government entities that previously helped veterans. Now benefits for returning troops would be controlled by one central entity. President Hoover’s action greatly expanded veterans’ benefits in the country, arguably more than any other action before it.

In July of 1933, the Board of Veterans Appeals was established to help decide tough cases.  This was a momentous moment, because it was the first time veterans had the opportunity to appeal incorrect decisions.  Prior to the creation of the board, veterans were stuck with the decisions of the VA, right or wrong. While this moment is glossed over in the history books, in reality, it marks one of the more prominent moments in the history of veterans’ rights. 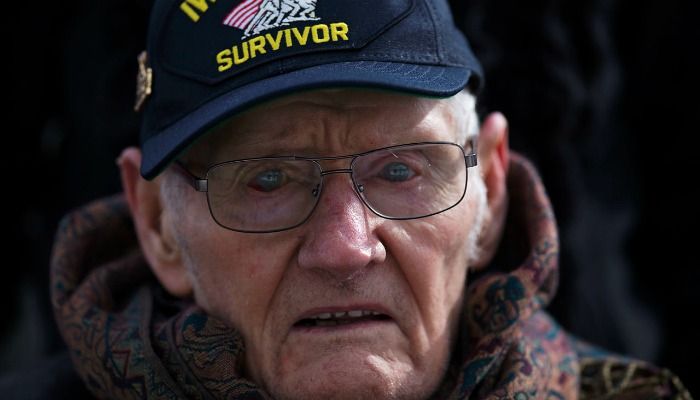 Lloyd Ford, a Marine veteran of World War II, observes a wreath laying ceremony at the Marine Corps War Memorial in Washington. The Ceremony commemorated the 70th anniversary of the battle for Iwo Jima. "When we first landed, we got bombarded. This one guy was praying because he had been a lady's man. You start praying at a time like that." (U.S. Marine Corps photo by Cpl. Clayton Filipowicz/Released)

The next major change came toward the end of World War II. On June 22, 1944, Congress passed the GI Bill of Rights. This law allowed payment for up to four years of education or training, a right to take out a home loan without a required down payment and benefits for unemployment compensation. The GI Bill is one of the reasons that America became the world leader after World War II, as it vastly changed our economy and our society for the better. It created a path for veterans to become leaders in education, jobs and industry. From the end of World War II to 1966, the GI Bill financed over 20 percent of new homes built.

Recognizing veterans at the congressional level

In October of 1988, another momentous transition in veterans’ benefits occurred. President Ronald Reagan elevated the VA to a cabinet-level department, which significantly changed the status of the VA and revealed its importance to the political arena.

Just two years later, in 1990, the United States Court for Veterans Claims was created. While Veterans could appeal a bad decision to the Board of Veterans Affairs as early as 1933, the creation of this court marked the first time veterans were able to appeal bad decisions to a judicial body outside of the VA. Shortly after, President George H. W. Bush showed his own appreciation for veterans when he said, “There is only one place for the veterans of America: in the Cabinet Room, at the table with the President of the United States of America.”

Acknowledging the effects of war

In the 1990s, the VA began acknowledging the plight of a large number of Vietnam War veterans when it began recognized the health issues associated with exposure to Agent Orange. The VA has continued to expand this list, based on data from the National Academy of Sciences. Before the expansion of this list, it was immensely difficult to prove that diseases such as prostate cancer, neuropathy, diabetes and many others problems were a direct result of being exposed to Agent Orange and other herbicides. It opened the door to health care for many veterans suffering from these disabilities.

The same year, the VA extended medical care to veterans who were documented as having Gulf War Illness, and, one year later, the VA began giving monetary payments to those suffering from Gulf War Illness. Since this new law, veterans who have served in much of the Middle East may be awarded disability for undiagnosed illnesses such as joint pain, headaches and diarrhea, among others.

Since the passing of the GI Bill, the VA has continued to improve. There are nearly 22 million veterans, and the VA usually has a budget of over $150 billion to assist veterans through various benefits programs.

Although it is undisputable that the VA continues to have numerous problems, our veterans’ benefits programs are among the best in the world. Taking into account the history and the improvements that have been made to veterans’ benefits, the appreciation for America’s veterans and their sacrifices is obvious.

Douglas Jackson is an attorney at the law firm of Bosley & Bratch. His practice area consists primarily of representing veterans in obtaining disability benefits either through the Department of Veterans Affairs or through the Social Security Administration. Mr. Jackson is a member of the National Association of Veteran’s Advocates (NOVA), he is a mentor at the University of South Florida’s Veterans Success Program, and he is the founder of a not-for-profit organization designed to promote leadership and education. Mr. Jackson is accredited by the Department of Veterans Affairs to represent disabled veterans, he is eligible to represent disabled individuals before the Social Security Administration, he is admitted to practice law before the Court of Appeals for Veterans Claims and he is licensed to practice law in the State of Florida. The views and opinions expressed by Mr. Jackson are his own and do not necessarily reflect those of Bosley & Bratch. To contact Mr. Jackson, you may email him at djackson@lawyers4veterans.com or call him at 1-800-953-6224.

Ill. bill would speed up LODD payments to families of fallen first responders