iSimulate exhibits REALITi patient simulator ahead of May 4 launch

ORLANDO, Fla. — REALITi, the latest training tool by iSimulate, was most recently exhibited at IMSH 2017 ahead of its May 4 launch. iSimulate founder Anthony Lewis held guided demonstration's of REALITi and conducted a video interview discussing the new platform. 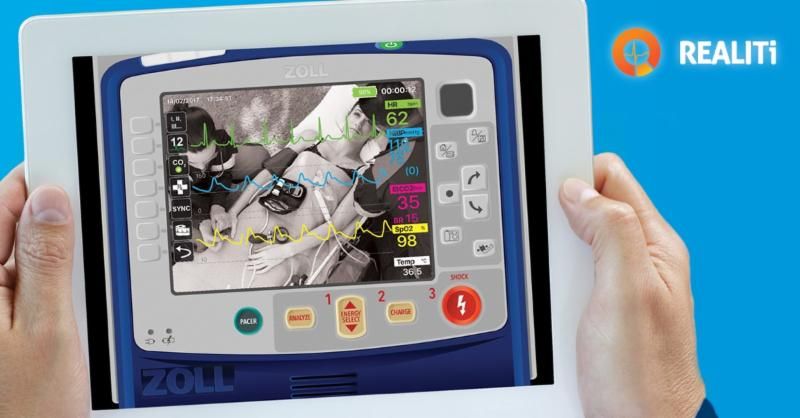 Click the image to watch a video demonstration of REALITi hosted by iSimulate founder Anthony Lewis.

REALITi is a new, all-inclusive simulation ecosystem incorporating a patient simulator and interactive video debriefing system. It is the newest addition to iSimulate's line of realistic training tools for medical professionals.

"One of the things we wanted to do was make our display similar to a real monitor," said Lewis about REALITi's 12-lead ECG simulators.

Controlled by an instructor's iPad, REALITi's ECG simulator can display readings based on specific scenarios and real-life case studies, and may be adjusted according to the level of each student's ability. Students will use the data captured by the ECG to create and share patient care reports for their virtual cases

Another key element of REALITi was the addition of video debriefing systems. Pointing to an iPad device secured onto a tripod, Lewis described the value of the REALITi platform when hosting in-class patient simulations. Using the REALITi platform, observers could view the simulation in real-time and provide live feedback for testers in the form of Likes, Dislikes, and Comments.

Lewis says that the level of interaction possible on the REALITi platform will engage students and provide a new level of immersion to medical training.

About iSimulate
iSimulate provides realistic, world class training solutions to organizations across the world. We use the best of current mobile technology to create products that are more advanced, simpler to use and more cost effective than traditional simulation solutions.