Vaccine status and professionalism in a politically charged environment

When a medic dies

Can public safety employers require employees to get the COVID-19 vaccine?

Research analysis: ‘ECMO is a useful tool but not a magic bullet’

ETCO2: Back to the basics

EMS resiliency will pave the way for solutions to shared challenges

EMS1 Poll Results: How do you use capnography?

Capnography is increasingly available to EMTs and paramedics for patient assessment and monitoring. Capnography is indicated for patients with traumatic injury, cardiac arrest, sepsis and respiratory compromise. It is also a critical tool to confirm airway insertion and continuously monitor airway placement throughout patient care and transport.

10 steps to implement capnography in your EMS system

We asked EMS1 readers to share their knowledge and use of capnography. These are the results of our 2016 capnography poll call, as well as some comparisons to the 2015 responses to the same questions.

What is your level of certification?
In 2016 we had three times as many respondents to our call for participation. This convenience sample was invited to participate on the EMS1 Facebook page and in our member newsletter.

Sixty-eight percent of participants were paramedics. Thirty percent of responses came from EMTs and AEMTs.

In 2015, three-quarters (74 percent) of poll respondents were paramedics. Surprisingly, 16 percent of respondents were EMTs. Application of an ETCO2 sampling device and waveform monitoring, especially during bag-valve mask ventilation, is well within the capability of EMTs.

Are EMTs able to use capnography in your system?

Capnography is part of your assessment and treatment for which type of patient presentation:
Capnography utilization, in our 2016 survey, is highest for patients in cardiac arrest and respiratory arrest or failure. In 2015 97 percent of respondents reported using capnography during cardiac arrest resuscitation. That number dropped to 91 percent in the 2016 poll. This is perhaps a troubling change given the three-fold increase in responses.

Capnography is an outstanding tool for breath-to-breath respiratory effort and patient perfusion.

Capnography monitoring equipment is easy to apply.
Ninety-three percent of 2016 respondents strongly agree or agree that capnography is easy to use, a rate which is nearly identical to the 95 percent reported by respondents a year ago.

Remember capnography can be used for detecting airway loss and much more. If your system has not implemented capnography follow these 10 steps to make it part of your standard of care.

The capnography waveform is easy to interpret.
Waveform interpretation is easy for 87 percent of our 2016 survey respondents, which is two percentage points higher than the 2015 response. Experienced providers are encouraged to learn more about waveform interpretation, especially with our Rogue Wave collection (An unusual waveform during CPR, Waveform with rapid respiratory oscillations, Supraglottic airway confirmation)

Four percent of respondents find it difficult to interpret the capnography wave form. To learn more about waveform interpretation visit the CapnoAcademy.

Ninety-four percent of 2016 respondents strongly agree or agree that capnography is important for monitoring patients with a respiratory complaint.

The same number of respondents, 94 percent, strongly agree or agree that capnography is an important monitoring tool for patients in cardiac arrest.

Capnography is the most effective method for confirmation of airway placement.
Since the 2010 AHA ECC and CPR guidelines, continuous waveform capnography has been recommended as the most reliable method for airway confirmation. With that in mind it was surprising that among our 2015 respondent pool of mostly paramedics, who regularly use capnography and find it easy to use, only 56 percent had strong agreement with the statement about capnography effectiveness for airway monitoring.

Just as surprising with the recent update to the AHA CPR guidelines in the fall of 2015, which continued to emphasize the importance of capnography, as well as the widespread distribution of case reports about failure to recognize a misplaced intubation, like the death of teenager Drew Hughes, is the relatively low agreement about the effectiveness of capnography for airway confirmation.

When the results for this question are filtered to just show the responses from self-identified paramedics the results are more reassuring — 96 percent of paramedics agree or strongly agree about the effectiveness of capnography for airway confirmation. This points to a potential opportunity to provide more capnography training to BLS responders. 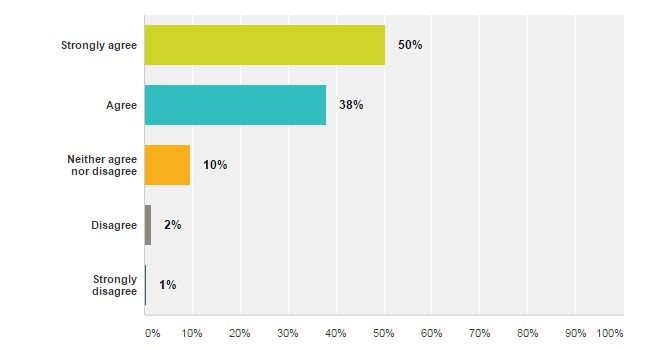 One of the common misconceptions about capnography is that it is only for patients being ventilated through an endotracheal tube. This is not the case. Many types of patients, including those patients with respiratory compromise who are spontaneously breathing, can be monitored with capnography. Eighty-eight percent of 2016 respondents selected agree or strongly agree compared to 87 percent in 2015.

How many hours of capnography related training (self-study, classroom, simulation, online article, video, or other) have you completed in the last 12 months? 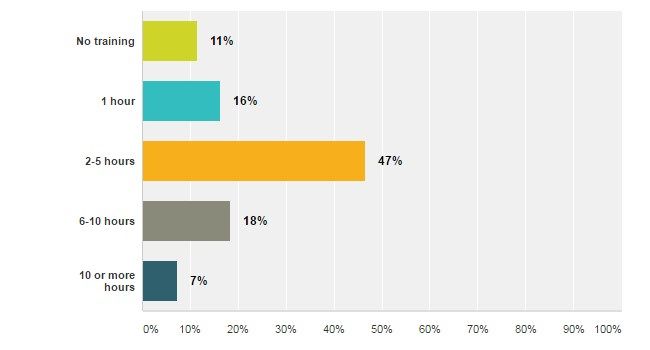 Respondents are self-reporting an impressive amount of capnography training. There are many things that might contributed to variability, such as local or state training requirements, implementation of new equipment or protocols, recent patient experiences, medical director interest and the individual EMS providers motivation for self-directed learning. An impressive seven percent of 2016 respondents have completed 10 or more hours of capnography-related training in the last 12 months.

When the 2016 results are filtered to just show the self-identified paramedics the distribution of hours spent training are similar to the entire poll of respondents.

Additional questions and comments
What do you make of the results? How do you use capnography? Share your ideas and best practices in the comments.

Video: How to properly don and doff PPE on COVID-19 calls