‘Be rigorous but not ruthless’: 6 strategies for new chiefs

NJ EMT who died of ALS remembered for compassion

Earl "Jim" Artle, 63, died after a long struggle with ALS; he served on the Hoboken Volunteer Ambulance Corp. for 20 years

Earl “Jim” Artle sprung to the aid of a taxi driver involved in a two-car collision at 6th Street and Madison Avenue, climbing into the backseat to stabilize the man’s neck. Thomas Malta came upon the crash scene a few moments later, and saw Artle’s legs sticking out of the backseat window. The two men, both trained paramedics but strangers at the time, treated the driver until the ambulance arrived.

“The first time you met Jimmy, you knew him for life,” Malta said on Friday. Artle, 63, died on Thursday after a long struggle with amyotrophic lateral sclerosis. For 20 years, he served on the Hoboken Volunteer Ambulance Corp. with Malta. Artle had worked as a paramedic in Ohio before moving to Hoboken in the early 90s. He signed up for the Hoboken volunteer group on the night he and Malta responded to the car crash in 1991, Malta said. 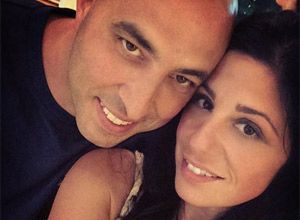 Mass. FDs plan to work together to provide ALS coverage