The most user-friendly PCR on the planet

No internet? It's no problem with CloudPCR Offline Web

Creative Billing: The service that drives a healthier bottom line

Chart on toughbooks, tablets, and smartphones with CloudPCR 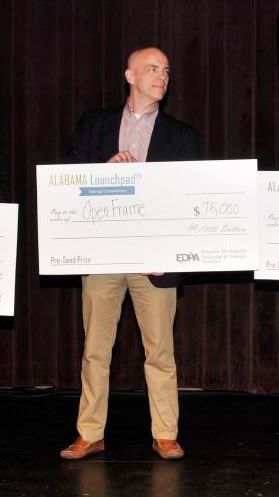 In March, twenty-­two companies entered the Launchpad program. A panel of five judges, made up of entrepreneurs, investors, tech industry luminaries and corporate stakeholders, directed the competition. Throughout the six­month program, the judges analyzed each company’s business model, value propositions, and growth plans, then provided feedback. Progressing through three elimination rounds, Open Frame completed the program as one of six semifinalists, then won the $75,000 award.

“NitroPCR solves a real need for small and midsized EMS providers. It helps them to streamline their operations and avoid costly mistakes,” said Antonio Montoya, one of the Launchpad judges and founder of the Rocket Hatch community accelerator in Huntsville.

NitroPCR’s customers pay only for the patient care reports (PCRs) they submit. There are no up­front costs. The free mobile app runs on low­cost tablets, phones, and computers the EMS team may already own. The mobile app’s user interface is familiar to EMS crew members, plus it leverages the device’s camera, touch screen, and microphone to ensure data entry is quick, accurate, and thorough. The mobile app also validates each PCR before it is submitted to confirm its compliance with all state requirements and the NEMSIS standard. NitroPCR’s free web­based administration application makes it easy for EMS managers to oversee operations in realtime, create state­specific reports, and quickly file insurance claims.

“This infusion of capital will fuel NitroPCR’s continued growth,” said Nik Martin, founder of Open Frame. “Our customers choose NitroPCR because it allows their EMS teams to work faster and smarter with better information, and it enables EMS companies to bill sooner, to capture more billable charges, and to reduce claim denials. NitroPCR is a low­cost, low­risk, pay­as­you­go service that is complete and compliant, so it is easy for our customers to adopt.”

About Open Frame and NitroPCR

Founded in 2013 and headquartered in Mobile, Alabama, Open Frame is a Software as a Service (SaaS) solution provider serving medical markets. The company has more than 300 users across the United States. Open Frame’s flagship service, NitroPCR, is a mobile ePCR system targeted to small and midsized EMS providers. nitropcr.com