EMS1 Poll Results: How do you assess and treat stroke?

Stroke is a medical emergency EMS providers frequently encounter and during May, Stroke Awareness Month, we asked EMS1 readers how they assess and treat stroke. Among the results the approval to administer supplemental oxygen to all stroke patients really stands out.

These are the results of our stroke poll call:

What is your level of certification? 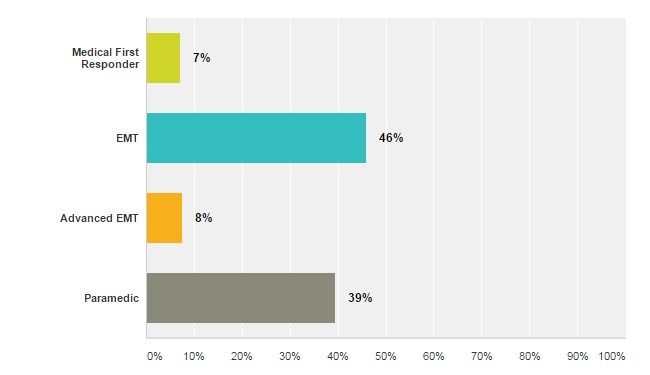 More than 90 percent of poll respondents, similar to our poll on meeting continuing education requirements, were EMTs, AEMTs, or paramedics. Medical first responders, despite their low participation in the poll, play a critical role in early recognition of stroke and requesting additional resources to further assess and transport a known or suspected stroke patient.

I am comfortable identifying stroke patients based on their signs and symptoms using a stroke scale? 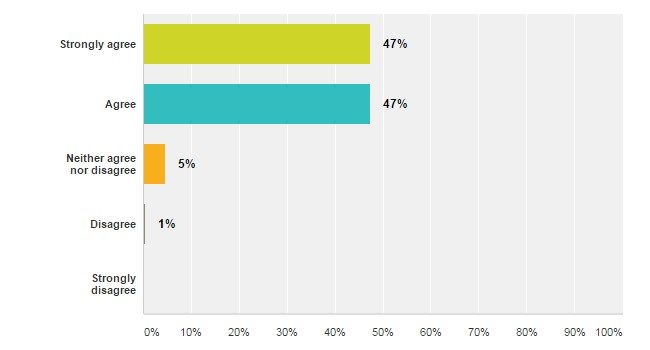 A large majority of poll respondents are comfortable identifying stroke patients based on their signs and symptoms. In many instances the signs of stroke, especially when the cause is an extremely large vessel occlusion, are obvious. When the symptoms of stroke are less obvious, the use of a stroke scale and the provider’s clinical judgement take on an increasing importance for stroke recognition.

Which stroke scale do you use most frequently?

More than two-thirds of participants reported using the Cincinnati Prehospital Stroke Scale (CPSS). The Act FAST stroke scale, which seems to be the most widely promoted, especially to lay people, was selected by 15 percent of participants. It would be interesting to see if preferred stroke scale use has changed over time and if there is a correlation between level of training and stroke scale preference.

I am trained and authorized to check a blood glucose on any patient with altered mental status, including suspected stroke.

Although 7 percent of respondents were medical first responders, the group most likely to lack training and authorization in blood glucose monitoring, 11 percent of respondents reported not being able to check a blood glucose. When any patient presents with altered mental status, EMS providers regardless of their level of training, should cast a wide net and consider all possible causes.

Sixty-one percent of poll respondents agree or strongly agree to administering supplemental oxygen to all stroke patients. Only 7 percent of respondents strongly disagreed with this statement.

The routine administration of oxygen to any suspected stroke patient has not been the standard of care for more than 20 years, yet the belief in oxygen as a benign drug persists among the EMS providers that participated in this poll.

In the article Can Oxygen Hurt EMS1 columnist Mike McEvoy writes, “We’ve known since 1999 that oxygen worsened survival in patients with minor to moderate strokes and made no difference for patients with severe stroke. In fact, the American Heart Association recommended in 1994 against supplemental oxygen for non-hypoxemic stroke patients.”

The results of this poll question are an important reminder to review - and update as needed - protocols for care of the stroke patient. The question, if extrapolated to your service, also identifies an immediate training opportunity on the indications for oxygen and rationale for withholding oxygen. Consider using this video on oxygen administration based on the 2010 American Heart Association guidelines.

Which transport destination do you most frequently transport suspected stroke patients to?

The results of this question are likely a function of the hospitals available in the respondent’s service area. Since stroke treatment is time sensitive, stroke patients are best transported to a facility capable of providing care for stroke. Review this document to learn the difference between a Primary Stroke Center and Comprehensive Stroke Center and then research the designations of the hospitals in your response area.

Which of these times is most important for EMS to document for the ongoing care of the stroke patient?

Ninety-six percent of poll respondents correctly identified “Time of symptom onset” as the most important time for EMS to document and communicate to the other health care providers. The time of onset is needed to determine if the patient is eligible for clot-busting drugs. Review your local protocols for reporting the time of onset and possibly selecting a destination hospital when the time of symptom onset is known.

Helicopter is an appropriate transport method for a patient suspected of having a stroke.

The bell-curve distribution of responses regarding the use of a helicopter is potentially a reflection that many respondents had not considered helicopter transport for stroke patients, don’t have stroke as an indication for a medical flight response, or don’t have the resource available.

As with any time dependent injury or illness, EMS providers should weigh the risks vs. the benefits of helicopter transport. Defer to local protocols and online medical control for requesting aeromedical response, especially when the time of stroke onset is unknown or greater than three hours. Finally if a stroke patient is going to be flown, ensure the patient is transported to a Primary Stroke Center or preferably a Comprehensive Stroke Center.

Additional questions and comments
What do you make of the results? Which stroke scale do you use? How can we change the routine practice of administering supplemental oxygen to all stroke patients? Share your ideas and best practices in the comments.