Which quality measures will improve EMS?

It’s coming from inside the house: Internal intentional misconduct in public safety

Applying the wingmate concept to EMS

Can EMS emerge from the pandemic stronger?

What the 2020 EMS Trend Report reveals about the industry

Editor's note: We asked columnist Tom Bouthillet to pick a winner to this month's challenge and he wrote: "My pick for the winner of this month's ECG Challenge comes from well-known ECG expert Ken Grauer who offered a very nuanced and thoughtful response that marks him as a true clinician who incorporates the ECG into the big picture of patient care. Thanks for the comments, Ken! I always learn something from you."

When I first started in EMS, pacemakers were quite common but ICDs were quite rare. I would see them inside the hospital but almost never out in the field. In fact, once upon a time you had to survive not one, but two sudden cardiac deaths to qualify for an ICD.

Following a series of clinical trials including MADIT I (pronounced "made it"), MADIT II, DEFINITE, SCD-HeFT (pronounced "scud heft"), and COMPANION, the indications for the device have grown exponentially. Now patients with Class II and Class III heart failure (and poor ejection fractions) qualify for an ICD.

The bottom line is that EMS is now far more likely to be called to patients who have suffered an ICD shock. In my system we see several a year. On one occasion the patient received 14 shocks prior to EMS arrival (apparently he was counting). Anecdotally speaking, about half the time the shocks are appropriate, and half the time the shocks are inappropriate. The most common cause of inappropriate ICD shocks is atrial fibrillation with rapid ventricular response.

Let's get back to the case study and take another look at the 12-lead ECG. If you're an ECG nerd like me, you probably noticed the concordant ST-depression in the precordial leads. You might even have squinted at the inferior leads to see if excessive discordance was present (more on that in a future article). 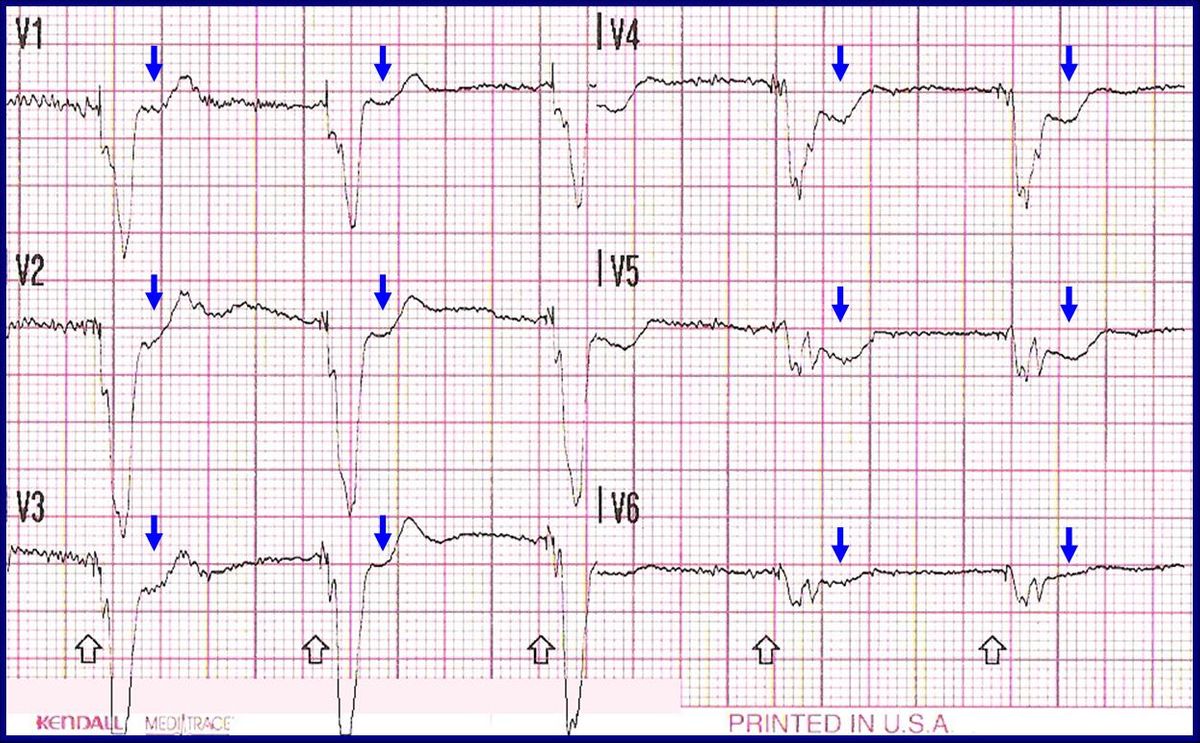 What do I mean by concordant ST-depression?

That means that the ST-depression is in the same direction as the majority of the QRS complex. This satisfies one of Sgarbossa's criteria for identifying acute MI in the presence of left bundle branch block (which many experts agree also applies to paced rhythm).

Could this patient's primary problem be acute STEMI?

Possibly, but before we call a Code STEMI based on this 12-lead ECG, it's important to remember one very important piece of information: this patient just received an ICD shock! It is not uncommon for ICD shocks to cause a transient current of injury that resolves within a few minutes.

Our protocols preclude us from calling a Code STEMI in the presence of left bundle branch block or paced rhythm. What we do is transmit the ECG to the hospital and discuss the situation with online medical control. On this particular occasion, an astute paramedic noticed the suspicious changes and called for immediate transport.

The patient was placed in the back of the ambulance and another 12-lead ECG was recorded.

Only 3 minutes have passed since the first 12-lead ECG and the concordant ST-depression in the right precordial leads is almost entirely resolved. 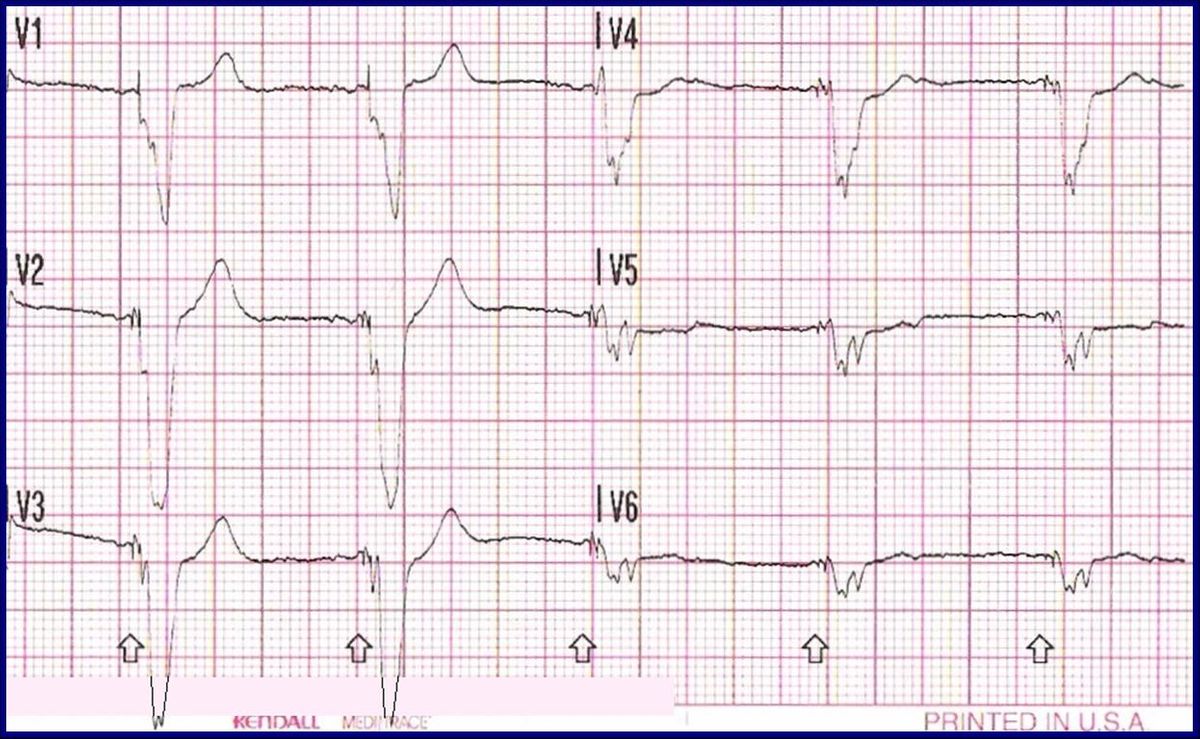 In addition, there appears to be slightly less ST-elevation in the inferior leads.

There's no one correct answer for how this patient should be treated, although I would not recommend disabling tachydysrhythmmia therapy with a ring magnet at this point. We must assume that the ICD shocks were appropriate until proven otherwise.

Some might argue that EMS should give the patient an antiarrhythmic or be prepared to administer sedation. However, at this point the treating paramedics had not seen any life-threatening arrhythmias on the monitor.

They did not have to wait long. This patient went into a very ugly-looking ventricular tachycardia as the ambulance arrived at the hospital. The patient's ICD shocked him unsuccessfully. The treating paramedics provided chest compressions as they rolled him into the resuscitation bay where the ED physician used a defibrillator to shock the patient back into a paced rhythm.

The patient was placed on an amiodarone drip, cardiology was consulted, and a device rep was called to interrogate the device. No further outcome information is available.

Do you think it would be a good idea for your EMS system to have a game plan for patients who have received an ICD shock? Leave your answers in the comments below.

How to document and report misconduct