The gatekeepers: How EMS will save the U.S. healthcare system

Free EMS to continue service during a national emergency

The virus has a new name: Infodemic

By Wes Wolfe
The Free Press

KINSTON, N.C. — Firefighter Corey Showers sat between two recliners at a Kinston fire station a year ago this month, unable to speak or move the right side of his body.

Fellow firefighter Brandon Harper, encountering Showers — now 29 — in that condition, thought he was the focus of a prank, but it wasn't too long before everyone knew the gravity of what was in progress.

The stroke Showers suffered, and the treatment provided from more than 180 miles away, led to his name given to the telemedicine robot that helped save his life.

Speaking following emergency services training at Lenoir Memorial Hospital on Wednesday, Showers said he didn’t realize what actually happened to him until after he was already under treatment at LMH.

“Well, I was on shift with the Kinston fire department — I was on Engine 11 that day — and I lifted a patient,” Showers said. “It wasn’t a terribly heavy patient, but I just had my head cranked the wrong way and my left carotid artery dissected. So, the inside wall of the artery flapped open. There wasn’t blood leaking out of the artery or anything like that, it just flapped open. So, a clot started to form there.”

The clot broke loose when Showers rose from his seat at the station with about an hour left during his workday. And after immediate treatment at the station, his treatment continued at LMH through a device that bears a passing resemblance to a Segway scooter.

“I remember … (lying) on the hospital bed, and all of a sudden they bring this thing in, and I see a guy’s face on a TV screen,” Showers said. “I’m like, ‘Man, I’m really out of it right now. There’s a robot talking to me right now.”

Across the state in Winston-Salem, the neurologist on duty at Wake Forest Baptist Medical Center requested Showers receive a tissue plasminogen activator.

“It’s a clot-busting agent,” Showers said. “It goes through and any clots that are in the brain causing that stroke, it breaks them up, restores blood flow to those areas, and really if they get it to you very quickly, it really can resolve a lot of symptoms of the stroke.”

Nearly instantly, he began recovering speech function and movement on the right side of his body, but it wasn’t a miracle cure – there were still weeks of rehabilitation and recuperation ahead.

But, he has returned to firefighting with the Leland Volunteer Fire Department while training for his paramedic certification.

LMH is one of 20 hospitals tied into the WFBMC Telestroke Network, allowing for 24-hour local access to acute stroke experts at Wake Forest Baptist.

Registered nurse Dawn Becker, who coordinates the stroke program at LMH, said in a statement Tuesday that naming the telemedicine robot after Showers wasn’t a hard decision.

“This young man has devoted his life to public service so it seemed fitting to name the robot after him,” Becker said. 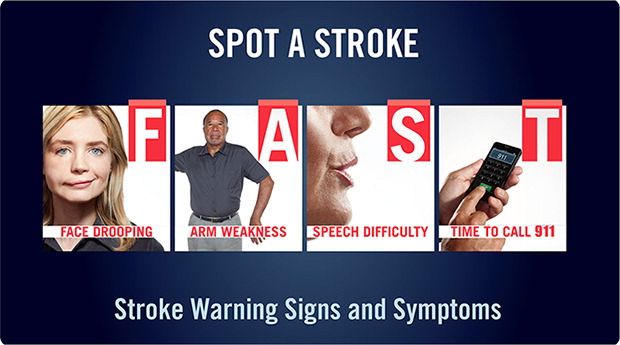 For video of Showers discussing his experience, head to Kinston.com.

Closing the communication gap: How a hospital and EMS system is reducing time to treatment (white paper)

How much do you know about prehospital stroke care?

Time-critical: The importance of stroke triage for EMS