Briarcliff Manor, N.Y.  – Digitech Computer, Inc. announced today that the contract for Third Party Billing for Emergency Medical Services awarded to Digitech by the Office of the Mayor-President of the City of Baton Rouge and Parish of East Baton Rouge has now been fully executed. Andrick D. Reese, Assistant Purchasing Officer of the East Baton Rouge City Parish Purchasing Office, oversaw the bid process, the City’s evaluation of proposals, and final negotiation of the agreement subsequent to the October 25th award. Under the terms of the contract, implementation of the agreement will begin immediately.
“Digitech emerged from a rigorous review as the clear choice for Baton Rouge,” stated Mr. Reese. “We saw a need to bring greater efficiency to the invoicing and collection of ambulance transport billing, and the depth of Digitech’s experience combined with their highly-developed platform convinced us that they were the right match for our requirements.”
“The turnkey solution that Digitech offers is a good fit for us,” added Mark Gamble, EMS Business Manager for Baton Rouge. “We brought in ImageTrend’s electronic patient care reporting software a couple of years ago to enable field personnel to capture patient information more efficiently, and the integration with our in-house ambulance billing system did not go as smoothly as we had hoped. We expect that Digitech’s deep integration experience with ePCR software, payment systems, and hospital systems will enable the transition to outsourced billing to proceed swiftly and efficiently.”
The City and Digitech have settled on January 1, 2013 as the date Digitech will start processing new claims for Baton Rouge, but Digitech has also agreed to clear a backlog of existing ambulance transport claims dating from September 1, 2012. Since Digitech’s Ambulance Commander system enables most claims to be processed within 24 hours of receipt, the City hopes to see increased revenue from 2012 EMS billing. Both parties are counting on the new efficiencies Digitech brings to the table to continue that trend of increased revenue through the term of the contract and beyond.
“Cloud-based remotely-hosted services are the wave of the future for EMS departments,” said Mark Schiowitz, President and CEO of Digitech, “and we’ve been processing client claims through our hosted solutions since 1995 – back in the age when a 28K modem was a big deal. We’re proud to bring that experience to Baton Rouge.”
About Baton Rouge EMS
The East Baton Rouge Parish Department of Emergency Medical Services (EMS) was founded as the first municipal third service EMS system in the State of Louisiana in August of 1982, providing the first advanced life support level pre-hospital care in the capital area. Initially supported by Federal Revenue Sharing Funds, over the years property taxes and telephone surcharges were levied to contribute to the funding of the City’s EMS system. Today, this tax base is supplemented by a third party billing system and private donations.

About Digitech Computer, Inc.
Digitech Computer, Inc. has been providing advanced ambulance dispatching and EMS billing software and services to the medical transportation industry since 1984. The Digitech team includes veterans of the ambulance industry, technical experts, software developers, and billing service professionals. Digitech offers a rich blend of proprietary software technology and EMS billing services with a flexible approach that adapts products to suit the unique needs of its clients. 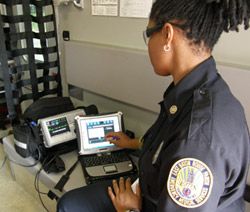