Capnography in the patient with severe neurological injury

Traumatic brain injury, hemorrhagic stroke and spinal cord injury are three pathologies that can result in devastating neurological injury. While we can do little in the prehospital environment to treat them, careful assessment of the patient, including waveform capnography, can alert us to potential life-threatening sequelae and help us make sure our interventions do not inadvertently make the patient worse.

Hemorrhagic stroke accounts for nearly 13 percent of the 795,000 strokes yearly in the United States, of which 3 percent are subarachnoid hemorrhage and 10 percent are intracerebral hemorrhage [2, 3]. Prognosis in these patients is based upon location, size and severity of hemorrhage as defined by Glasgow Coma Scale.

The presence of a large volume of blood at presentation and growth of hematoma size are associated with higher mortality. The Intracerebral Hemorrhage score is the most commonly used prognostic indicator for hemorrhagic stroke, and is calculated thusly:

Approximately 12,500 people in the United States suffer spinal cord injuries every year, and it is estimated that there are as many as 276,000 SCI survivors in the United States as of 2014 [5]. Patients with incomplete and complete tetraplegia represent 30.1 percent and 20.4 percent of SCI victims, respectively. These two categories represent over half of SCI patients, and are at highest risk of respiratory dysfunction.

While these three pathologies — traumatic brain injury, spinal cord injury and hemorrhagic stroke — may represent a broad constellation of clinical syndromes ranging from minor to potentially devastating neurological sequelae, we will limit our focus to the most severe of each, which may pose high risk of severe respiratory and vascular dysfunction. Proper care of these patients can be guided with the use of quantitative waveform capnography.

Injury resulting from severe neurological trauma can be classified into two broad categories: primary and secondary.

Primary injury occurs at the time of and in the area of the original insult, while secondary injury may occur hours to days or weeks afterward the initial insult. While little can be done in the prehospital realm to limit or reverse primary injury, careful assessment and monitoring, including quantitative waveform capnography, can provide clues to the caregiver of the impending neurological sequelae of secondary injury.

Although hemorrhagic stroke — or other causes of intracranial bleeding — has not been typically classified into primary and secondary syndromes, one might consider the mass effect of an expanding intracranial hemorrhage to be a secondary injury.

Primary injury in TBI can be classified into two broad categories: focal and diffuse.

Focal injuries affect one discrete part of the brain and include skull fractures, penetrating wounds, intracranial hematomas and the like, while diffuse injuries are more widespread, such as diffuse axonal injury.

Diffuse axonal injury is present in nearly half of severe TBI and its primary symptom is prolonged unconsciousness. DAI may be difficult to identify with neuroimaging, as most of the changes are microscopic.

While it was long thought that the axonal tracts are sheared as a result of primary injury, we now know that these axons are merely damaged, and the biochemical cascade that results in secondary injury is responsible for most of the neuron death. Excitatory amino acids such as glutamate and aspartate are released in large quantities after primary injury, and these biochemical transmitters are largely responsible for cellular edema.

The axonal tracts commonly damaged in DAI are concentrated in the corpus callosum, cerebral hemispheres and the brain stem. It is the damage to the brain stem that is most likely to cause severe derangements in vascular and respiratory function.

Whether the insult to brain tissue results from focal impact, diffuse axonal injury, intracranial hemorrhage or the mass effect resulting from it, the syndrome we wish to avoid is increased intracranial pressure.

The Monro-Kellie doctrine holds that the cranial vault is a non-expandable chamber, and as a result, the volume of that chamber remains constant. Consequently, the three elements occupying that chamber — blood, cerebrospinal fluid and brain tissue — must remain in constant equilibrium.

If the volume of one of the elements increases, the volume of one or both of the other elements must correspondingly decrease to maintain that equilibrium. An increase in intracranial pressure from cerebral edema or an expanding hematoma can compress and damage surrounding brain tissue, impair cerebral blood flow, cause brainstem herniation and result in profound neurological damage or death.

One of the main dangers of increased ICP is that it can cause ischemia by decreasing CPP. As ICP approaches mean arterial pressure, cerebral perfusion falls. The body responds to this fall in CPP by raising blood pressure and dilating cerebral blood vessels. This increases cerebral blood volume, further worsening ICP and starting a vicious cycle that lowers CPP even further.

Recognition of low-perfusion states with capnography

Quantitative waveform capnography can help us recognize hypoperfusion states early — remember, MAP is essential in maintaining CPP — and recognizing the signs of increased ICP. While volume resuscitation does not significantly increase CPP in patients with intact autoregulation, patients with TBI may have severely impaired autoregulation. A number of studies have demonstrated that hypotension — systolic blood pressure < 90 mm Hg — is one of the biggest predictors of mortality and the generally accepted recommendation is to maintain a physiologically normal MAP of 65 mm Hg [6,7,8].

Since quantitative waveform capnography is an excellent indirect measure of perfusion, the astute clinician may be alert to falling ETCO2 levels as a precursor to frank hypotension and titrate fluid therapy accordingly.

While an ETCO2 of < 25 mm Hg was strongly associated with serum lactate > 4 mmol/L in sepsis patients [9], the relationship between serum lactate and cerebral perfusion in TBI has not been firmly established.

Rather than focus on a specific ETCO2 threshold at which to initiate fluid therapy, simply correlate trends in ETCO2 readings with mean arterial pressure. If the trend of both is downward, it may be reasonable to initiate judicious fluid boluses before the patient’s systolic blood pressure falls.

For instance, a patient with a systolic blood pressure of 100 mm Hg may have a MAP of only 50 mm Hg and a downward-trending ETCO2. This patient needs fluid boluses to maintain a MAP of ≥ 65 mmHg.

Where waveform capnography really shines is in avoiding inappropriate patient hyperventilation. While traditionally, induced hypocapnea at 25-28 mm Hg was considered a prophylactic therapy for traumatic brain injury, it also significantly limits cerebral blood flow and may worsen cerebral ischemia and is associated with worse outcomes [10].

In the TBI patient, cerebral vascular response to CO2 levels may be significantly increased, and thus hypocapnea is likely to significantly decrease cerebral blood flow regionally in the damaged area [11,12,13]. Therefore, hyperventilation, if done, must be carefully controlled, even in patients with increased ICP.

Ventilations should be titrated to maintain the patient at the lower limit of eucapnia, which means an optimal or normal level presence of arterial carbon dioxide which is 35 mm Hg, and quantitative waveform capnography is essential to accurate titrate volume and rate of ventilations. 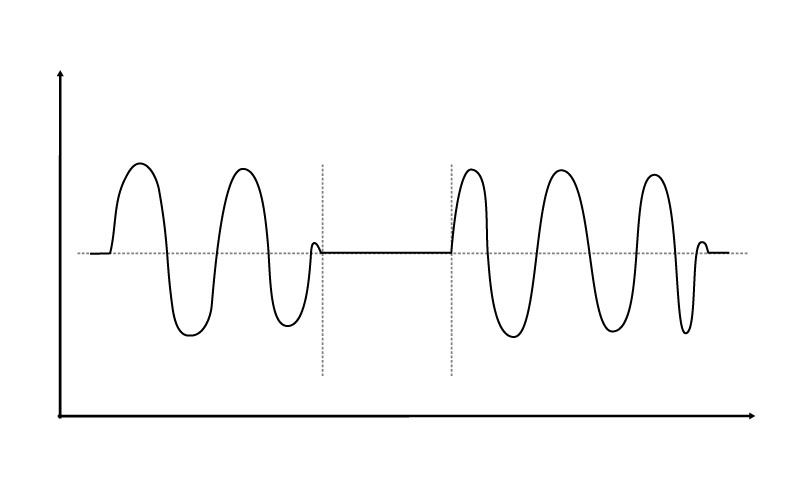 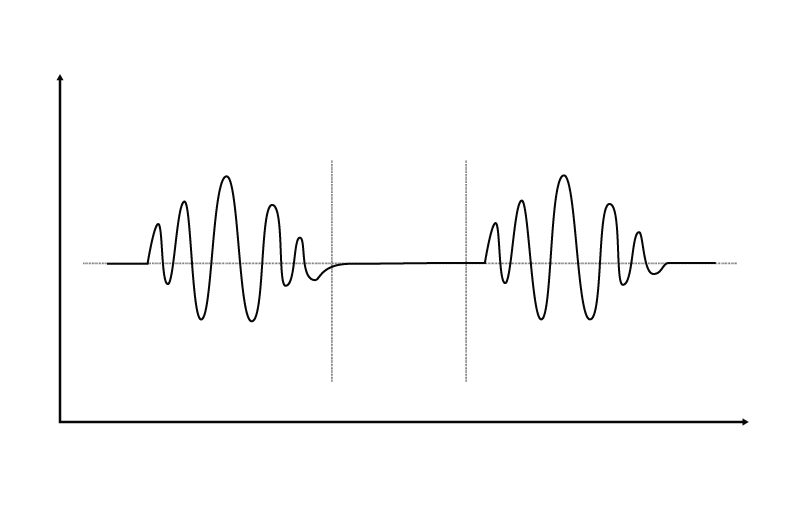 Central neurogenic hyperventilation occurs as a response to reduced carbon dioxide levels in the brain resulting from the constriction of cranial arteries associated with brainstem lesions.

While these patterns may not be readily apparent in the TBI patient who is being mechanically ventilated, they may be recognized in the spontaneously breathing patient. While your TBI or hemorrhagic stroke patient may not initially exhibit these abnormal respiratory patterns, they may occur as secondary injury begins to occur from edema.

A trend capnograph is useful in identifying these abnormal patterns.

Recognition of ventilatory dysfunction in patients with spinal cord injury

While a primary spinal cord lesion in these areas should be immediately obvious to caregivers, secondary injury from cord edema may be more insidious, particularly if the caregiver’s attention is directed elsewhere. Pay particular attention to rising ETCO2 levels indicative of hypoventilation, and provide ventilatory support as indicated. A trend capnogram may help providers recognize subtle changes in ventilatory efficiency over time.

Vascular dysfunction in patients with SCI

Patients with SCI above the level of T5-T6 may present with some degree of vascular dysfunction, resulting in hypotension, bradycardia, and hypothermia. While the effects of spinal shock are usually transient, true neurogenic shock must be managed with adequate temperature management and treatment of hypotension, either with judicious fluid boluses or pressors. Decreased ETCO2 levels, both from hypoperfusion and hypothermia, may alert you to impending neurogenic shock and allow timely intervention.

Severe traumatic brain injury, severe hemorrhagic stroke and high spinal cord injury all pose significant risk to vascular and respiratory function. Thorough assessment, including the use of quantitative waveform capnography, will help you identify lethal derangements in perfusion and ventilation, and guide your management of these dysfunctions.