How we sabotage ourselves in EMS

5 Pokémon characters that remind us of paramedics

When I first heard about Pokémon GO, I actually thought it was a pretty cool idea. A game that gets people outside, interacting and literally living out childhood dreams of actually going out and hunting wild Pokémon. Yeah, we can judge all we want, but don’t even pretend like 90 percent of us wouldn’t jump on a GPS-based Call of Duty game.

As I was sitting around the station the other day, I noticed some of my coworkers talking about the game, so I downloaded it to see what it’s all about. Mind you, I had zero knowledge of Pokémon. They helped me get up to speed, and before you know it, I was set free in the wild to embark on my very own Pokémon training journey. Granted, I still know next to nothing about the characters, but what I’ve learned along the way got me thinking about how some of them relate to our peers in EMS.
Here is a far-from-extensive list of Pokémon characters that should be paramedics. I’ll leave it up to you add to the list in the comments.

This is the medic that doesn’t really excel at anything in particular. They show up every day and do their job, but they don’t particularly impress anyone. However, they have the ability to take a beating and never complain about it. You can send them on back-to-back long-distance-transfers, or the messiest of calls without even the slightest annoyed look. 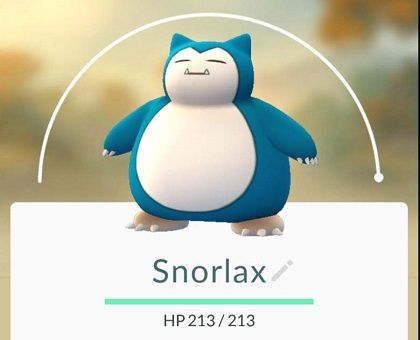 We all know this medic. They usually have a good amount of experience under their belt and when it comes down to it, they have the ability to deliver under stress. But that’s about it. Their day consists of pencil-whipping the station chore list, then hitting the recliner as soon as possible for hours of napping.

This is basically the TV show medic that everyone knows. Everyone that’s not seriously involved in EMS thinks they’re great because they did something that looked badass one time. The reality is…. they aren’t all that great. They aren’t necessarily bad, but definitely overrated.

You can’t throw a rock without hitting one of these. They typically get into the profession for the wrong reason and they really don’t contribute to anything but making us look bad. Not hiring them isn’t enough to keep them away either. They’ll show up on your scene with volunteer agencies, or in extreme cases, in their personal vehicles. They flood Facebook with derogatory memes and cliché EMS t-shirts designs. The problem is, they don’t really mature with time. If they stick around long enough, they wind up evolving into a larger, uglier version of themselves that now has a worse attitude.

These are all-around good medics. They are well-liked and able to adapt to almost any situation. The good news is that these characters are much easier to find than we think. We just tend to underestimate them and take them for granted.

Now it’s time for all the Pokémon enthusiasts to join the conversation. I know that I have barely scratched the surface with this article. Comment your ideas for Pokémon medics below.

EMS From a Distance: Responding to 'Emergency!'

Quiz: Test your knowledge of 'Emergency!'

Holiday stories: What Marvin taught me about Santa