Thanks to Power-PRO, Century Ambulance has been able to reduce the number of personnel needed for special calls

Herb Sellers, owner of 26-year old Century Ambulance, has seen a lot of action in his time. Before starting Century, he was a firefighter in Jacksonville, Florida. He’s seen countless fires disappear due to the determination and courage of firemen using high pressure water. However, Herb had never seen EMS-related injuries disappear due to the power of a cot. That is, until he purchased 33 Stryker Power-PRO powered ambulance cots in October 2005.

From 2003 until the purchase of the Power-PRO units, Century Ambulance recorded 113 lost workdays, or days in which employees were out due to a work injury. During that same timeframe, Century racked up 45 modified days, which means that employees recovering from an injury could only fulfill non-physical tasks. Since the purchase, Century has only recorded 4.5 modified days, and lost workdays have dropped to zero. 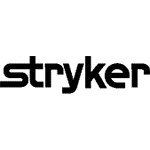