'I'm pissed:' How EMS handles it's own with mental health issues 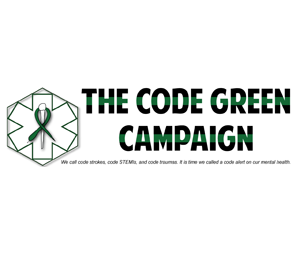 By Paramedic, 9 years in EMS.

Hello. I struggle with depression and PTSD. I said it. And I will no longer be ashamed to admit it.

I started in the fire service when I was 16 years old as a cadet at my local volley department. I have been a paramedic for almost three years now. I’m 25 years old. I’ve wanted to be a firefighter since I was a small child, and I am now a career firefighter. I’m not leaving this career, but shit has to change.

The EMS/Fire communities have a stigma about mental health. We go on psych calls and all we think is negative. We have all been on the attempted suicide when you say “why can’t they just get it right?” We have been on the panic attack where all you want to do is slap them because it’s four in the morning and you just want to sleep. We all have our own stories of our own patients and experiences on how pissed off we get with psych patients. Even I’m guilty. And I’m here to say it needs to stop.

But … maybe you haven’t said it. Maybe it has pissed you off that your partner has said it, but you stayed quiet. Because you don’t want to be labeled as the “not fun” partner, or the stick in the mud, or whatever the hell the kids are saying these days. That, right there, also has to stop. You need to speak up, and you need to be loud and strong when you do.

As I previously said, I struggle with depression. I have been low enough that I have had my gun to my head, and I pulled the trigger. The gun had its first ever failure, and I’m still here. I have never told ANYONE that before. You’re welcome. I have nightmares. I have anxiety so bad that sometimes I can’t hardly breathe. I don’t like going out unless there’s alcohol involved. And I drink. I drink a lot. Because I’d rather be numb than hurting. Now, why would I ever want to tell anyone that in a system where, instead of encouraging treatment and help for our peers, we discount how people are feeling and what brought them to where they are? Why would I expect anything different from all of you? What makes me think that you’re not just going to judge me? The answer … I don’t. I don’t think anything different will happen. But I hope it does.

I never thought I was ashamed of my depression or trying to hide my PTSD; I figured that it was none of their business. It was my fight, and mine alone. Sure, I told my CLOSE friends, but I never really let a lot of people in to know what I was going through.

But I am pissed. I’m FUCKING PISSED AT EMS/FIRE FOR HOW IT HANDLES ITS OWN WHEN IT COMES TO OUR OWN MENTAL HEALTH! And THAT is why I’m telling you all this. Because I was ashamed. I was afraid. And I refuse to be any more. I refuse to be silent when I know there are people on ambulances and engines going through exactly what I’m going through. Because, brothers and sisters, we have failed. I have failed. You have failed. We let our system become this broken. Now is time for fixing it.

Let me repeat: we have failed. We have failed our patients. We have failed our spouses. We have failed ourselves. But most of all, we are failing each other. All I needed was to be able to reach out and talk to someone, but I was afraid to tell them the extent of my problems. I did have one friend that I could lean on, but now I realize that even that is unfair. It’s unfair of me to put the weight of my world on her shoulders, just the same as I was getting pissed at everyone in my life putting the weight of their world on my shoulders. We need to be able to talk to all of our coworkers about this. But, alas, we can’t. So I’m going to get help. I hate the idea of therapy. I hate the idea I’m not strong enough to deal with my own problems. But I’m not strong enough right now. I need help. So I’m going to get it. And I’m telling all of you because hopefully that will inspire even just ONE of you to also get the help you need.

That’s my rant; here’s my call to arms. Talk to someone. Right now. Tell them how you’re feeling. Instead of saying “next time I hope they get it right,” try this one: “I hope they get the help they need to be better.” Instead of us being callous and hiding the fact that some days our job is just plain shitty, we need to talk about it. We need to be okay saying, “I need help.” We can’t let ourselves get to the point that the only reason we’re still alive is the fact we have a cheap gun. I see change, slowly but sort of. I’m not expecting everything to get better overnight. But take a chance. Talk about how you’re really feeling instead of hiding behind a mask of bitterness and “gallows humor.”