Rob Lawrence joins hosts to celebrate 7 years of 'Inside EMS'

Where does it hurt?

Q&A: An employee praise and recognition program with measurable results

Evaluation of a treatment: Ketamine

Calling all volunteers: 3 ways to increase the volunteer member pool

Jarvis, Pickett and Vithalani: After-action report – The Texas blizzard of 2021

Reality training: Every patient move is a high-risk move

“I tell ya, I don‘t get no respect!” If I had a dollar for every time I heard an EMT or paramedic say that one I‘d be able to quit this stinking job.

The pay stinks, people are idiots, the staff at the hospital doesn‘t respect us, and the cops think they are running OUR scene. It‘s unbelievable how these morons treat us EMS people. It says so right in the textbook, “The person treating the patient is in charge. Period.”

And the firefighters? don‘t even get me started. A bigger bag of assholes the world has never seen. But enough out of me. If people only knew how awful this job is maybe we would get the respect we deserve!

Here are the Top 10 Reasons EMS gets no respect:

Always a great idea, telling people that we should be respected, damn it! John Q. Public respects what he sees, and most of what he sees concerning the world of public safety is firefighters on emergency scenes and the police making statements about the crime of the day. I cannot remember EVER seeing an EMS representative briefing the press following a mass casualty or successful outcome to a trauma code. We do what we do mostly unseen, beneath the radar.

2. Our uniforms are not even remotely uniform. 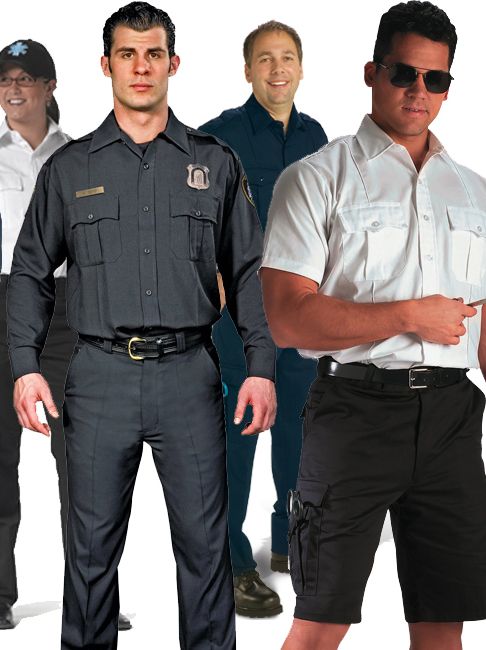 There's nothing uniform about the uniform.

You see a firefighter and you know exactly what you see. Russia, Indonesia, Nepal and Brooklyn, there is no doubt about it, when you see the turnout gear, you know a firefighter is on the scene. It‘s the same with the cops, sheriffs, staties — blue or brown, you just know one when you see one.

There are many perfectly capable medics doing the best possible job within the scope of their training. They do things in the field that people with advanced degrees cannot do even in well-lit, properly staffed hospitals. But without even an associate‘s degree the field as a whole will forever be considered a step below the educated.

5. It is too easy to be a really bad EMT

It‘s a lonely job, that of an EMT. Often it‘s just you, your partner, and the patient. Partners spend a lot of time together, and habits are contagious. Without peer review it is easy to let standards slip. Many fresh EMTs are let loose into the community they serve with little or no experience, little or no supervision and oodles of responsibility. Arrogance develops within a short time period, soon followed by the fatal infliction of EMS: contempt.

6. We actually believe that we are not respected.

Perception is the villain, not the facts. Fact is, the general public thinks EMS is simply awesome. The low pay, lousy benefits and difficult work environment tend to belong to the EMTs and medics who believe that they are worth what they have accepted as compensation.

An EMT with a Masters in Psychology will not be a better medic than the high school graduate, nor will he or she be paid a nickel more. Unless, of course, they expect it, but that gets into the whole psychological babble of a person‘s self-worth being in direct correlation with their value in the marketplace and all that malarkey... So, let‘s just leave it at We Are Not Respected!

I never realized that EMS as a whole was not respected until somebody told me so. Good thing I didn‘t believe him.

8. We treat each other poorly on social media.

If there are any medics or EMTs out there who feel good about themselves, confident in their ability and comfortable with their role in the public safety world, allow me to destroy those beliefs and introduce them to the wonderful world of social media. Here, keyboard commandos take sniper shots at each other, question their peers, ridicule opinions and shout down any talk of progress, all in the name of self-aggrandization.

9. Nobody knows what we do!

10. We actually worry about not being respected

Self-respect is the only respect that we can control. We will never create respect without earning it. By showing true respect for the people who have earned it, or respecting vocations such as firefighting and police work because of the generations of people who put on the gear and badge, and have earned it, we bring the respect we crave full circle, and right back to where it belongs.

There is no such thing as lack of respect in EMS. It is a myth. I spent ten years as a firefighter in a busy urban department, then 13 more as an EMT in the same department. I never gave any thought to whether or not I was respected; I just did my job and respected the people I worked with: firefighters, police, nurses, doctors, paramedics, basics and anybody else I came in contact with.

The respect took care of itself.