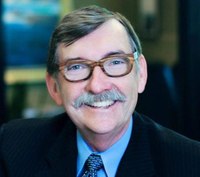 Gordon Graham has been actively involved in law enforcement since 1973. He spent nearly 10 years as a very active motorcycle officer while also attending Cal State Long Beach to achieve his teaching credential, USC to do his graduate work in Safety and Systems Management with an emphasis on Risk Management, and Western State University to obtain his law degree. In 1982 he was promoted to sergeant and also admitted to the California State Bar and immediately opened his law offices in Los Angeles.

While serving as a field sergeant, he started to combine his legal education and experience along with his graduate education in Risk Management to develop processes designed to improve the quality of law enforcement. His early work included developing the “Five Pillars of Success” – which today serves as the foundation of Lexipol. Additionally, he was instrumental in developing the Drug Recognition Expert program and the “daily training bulletin” (DTB) concept. In 1995 he promoted to captain and retired from active duty in 2006.

He regularly serves as an educator and trainer to public safety professionals from around the world. He was the first recipient of the California Governor’s Award for Excellence in Law Enforcement training in 1995, and in 2005 received the “Presidential Award for Excellence” from the International Association of Fire Chiefs for his lifelong work in improving firefighter safety and performance. He is constantly in pursuit of “the next best way” to do things. And most importantly, he has assisted his beautiful wife in raising two great children who have given them great happiness.