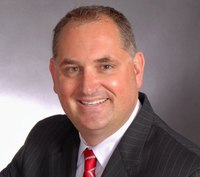 David Givot, Esq., graduated from the UCLA Center for Prehospital Care (formerly DFH) in June 1989 and spent most of the next decade working as a paramedic responding to 911 in Glendale, California, with the (then BLS only) fire department. By the end of 1998, he was traveling around the country working with distressed EMS agencies teaching improved field provider performance through better communication and leadership practices, until he moved into the position of director of operations for the largest ambulance provider in the Maryland.

In 2008, he graduated Law School in Southern California, passed the California Bar on his first attempt and has spent more than a decade building a Criminal & EMS Defense Law Practice. In addition to defending California providers who have found themselves in trouble for [alleged] missteps on the job and off, as an EMS Lawyer, he has continued working toward his goal of improving EMS through education and training across America and as trusted counsel for providers throughout California.

In 2006, David created TheLegalGuardian.com as a resource for EMS providers. He is a nationally sought-after lecturer and proudly teaches the EMS/legal curriculum for his Alma Mater, UCLA Paramedic School. David is a member of the EMS1 Editorial Advisory Board. He can be contacted via e-mail at David@thelegalguardian.com. @EMSLawyer on Twitter, @EMSLawyer11 on Instagram, and www.facebook.com/EMSLawyer.