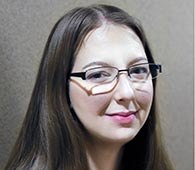 Ann Marie Farina is a NR-P in Washington state. She has been in EMS since 2003 and has worked in a variety of positions in Alaska and Washington since then. Over the years her jobs have included working as a wildland fire medic, a dual-role firefighter/paramedic, a 911 transport medic, and as an educator. In March of 2014 Ann founded The Code Green Campaign, a mental health awareness campaign that raises awareness about mental health conditions and suicide in first responders. Through Code Green, Ann has worked as an educator, researcher and consultant in order to assist agencies in improving their mental health programs. Ann is a member of the EMS1 Editorial Advisory Board.